During a televised Town Hall on CNN last night, Democratic presidential candidate Pete Buttigieg (the mayor of South Bend, Indiana) was asked a difficult question: Would Mike Pence (who’s also from Indiana) be a better or worse president than Donald Trump?

After thinking about it for a while, he suggested that some norms might be preserved since it’s not like Pence would tweet or lie at the same rate as Trump. He’s a traditional, very conservative politician. But there would be other problems, too, considering that Pence is perfectly willing to get behind everything Trump does. Would anything really change, then?

But the part that’s getting all the attention is what Buttigieg said afterwards. (You can see it around the 18:03 mark here.)

… His interpretation of scripture is pretty different from mine to begin with. My understanding of scripture is that it is about protecting the stranger, and the prisoner, and the poor person, and that I feel welcome. That’s what I get in the Gospel when I’m at church. And his has a lot more to do with sexuality and, I don’t know, a certain view of rectitude.

But even if you buy into that, how could he allow himself to become the cheerleader of the porn-star presidency? Is it that he stopped believing in Scripture when he started believing in Donald Trump? I don’t know.

Buttigieg raises a point that any conservative Christian like Pence should be asked time and time again: How does your faith allow you to support this president? You can’t pretend to follow a religion of love while supporting a president of hate. The fact that Trump continues to nominate anti-abortion judges isn’t enough, given that any Republican president would likely do the same thing.

Pence isn’t just conservative. He’s the type of Republican who sold his metaphorical soul to Trump in exchange for power. While he’s avoided much of the corruption and scandal, every cruel and ignorant policy this president has promoted has been passed only with Pence’s support. It’s not like Pence ever opposed the caging of children who were torn apart from their families.

Buttigieg, by the way, is a gay man who, despite getting married to his partner last summer at the Episcopal Cathedral of St. James in his hometown, doesn’t wear any religion on his sleeve. He’s trying to act like Jesus would, something Pence clearly doesn’t understand. 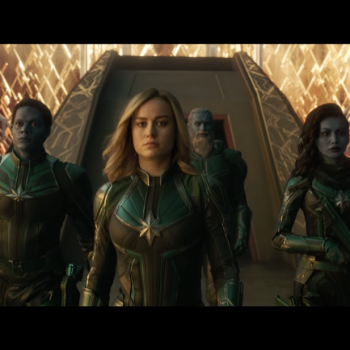