John Mulaney Mocked the Idea of Converting to Catholicism Before a Wedding March 3, 2019 Hemant Mehta

On last night’s Saturday Night Live, comedian John Mulaney explained his Catholic parents’ reaction to him marrying a Jewish woman, asking if she was going to convert before the wedding.

Mulaney dismissed the entire proposition as a losing argument for him.

… I’m very happily married. My wife is Jewish. And I was raised Catholic, which you could all tell from the moment I walked out.

It’s not a big deal, getting married if you’re Jewish and Catholic. Only a couple of people asked about it… and they were my parents. Before we got married, my mother asked me if my wife was going to convert to Catholicism.

You’re right to laugh. It’s a stupid question. I don’t know, Mom! Let me go ask! Let me go see if a 29-year-old Jewish woman, who doesn’t like any of my suggestions, would convert to — what was it again? — Roman Catholicism?

How would I even have that conversation? What, do you come home with a brochure, and you’re like, “Hey, honey, allow me to tell you about an exciting not-new organization. Don’t Google us! You know that strange look of shame and unhappiness I have in my eyes at all times, especially after sex, and it was all forced on me at birth? What if you voluntarily signed up for it?”

The idea that someone should convert before a wedding is absurd to begin with. It suggests the switchers never really took their beliefs seriously to begin with, and that a little bit of coercion and training is all it takes for them to accept an entirely different eternity.

If you’re willing to convert, your beliefs never mattered to you in the first place. Why would they matter after the switch? 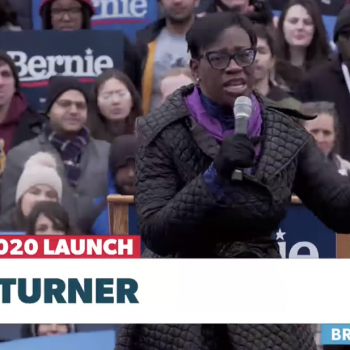 March 3, 2019 New Hampshire VA Hospital Removes Bible from POW/MIA Display After Complaints
Browse Our Archives
What Are Your Thoughts?leave a comment