The Manchester VA Medical Center in New Hampshire recently put up a “Missing Man” table display in the front entrance. These displays are dedicated to prisoners of war or those missing in action, and they’re fairly commonplace at military bases. But this particular display had a Bible on the table, suggesting that POW/MIAs were only Christian, and that atheists and people of other faiths didn’t make the same sacrifices as other soldiers.

The Military Religious Freedom Foundation first noted the problem in late January. Founder Mikey Weinstein said he called up Corey Beem, Acting Staff Assistant to the Director, and urged him to reconsider the display. Within hours, he heard back:

I want you to know that you can inform your clients that the Manchester VAMC has the utmost respect and admiration for all Veterans, regardless of their beliefs. As such we are going to be removing the Bible from the display to better serve all Veterans.

Great! Problem solved!… Except days later, the Bible had returned to the display.

The Freedom From Religion Foundation wrote a letter to the hospital around the same time, noting the concerns:

“Including the Christian holy book on a table meant to represent all POW/MIA service members sends the unfortunate message that the Manchester VAMC values Christian service members above minority religious and nonreligious ones,” [FFRF Associate Counsel Sam] Grover wrote. “The table should be a secular reminder of the sacrifice of all military members, not just those in the Christian majority.”

Grover also pointed out that, after receiving criticism from clients about the presence of unnecessary and divisive religious iconography on displays, “numerous VA centers have removed bibles placed on ‘missing man’ tables in recognition that the bible creates division between Christian and non-Christian service members, where no rift need exist.”

He’s right about that last part. Whenever there’s a Bible on these tables, they’re often replaced by generic “faith” books or just removed entirely.

So how did it even get there in the first place? It’s because the guy who set up the table is a religious supremacist, who wrongly thinks we live in a Christian Nation.

Not so fast, says Bob Jones, a Vietnam Veteran active with Northeast POW/MIA Network, the group that set up the display with a Bible donated by a 95-year-old local former POW.

“I forget; when we took our oath to the military, did it say ‘God’ in it? How about when we get paid, on that money, it says ‘in God we trust.’ They don’t turn in their money, though, right? So now there’s a Bible on the table and they don’t like it. You know what? They are free to believe what they want to believe, and so am I. It’s called freedom,” Jones says. “The Bible stays.”

That’s… a weak argument. We forced religion in the government before, so we’ll do it again now! That’s not freedom. That’s the majority pushing its religious will on the minority.

The good news is that, as of this weekend, the Bible is gone. Perhaps the VA realized Jones’ bluster had no legal backing. The current display is secular — just as it should be. 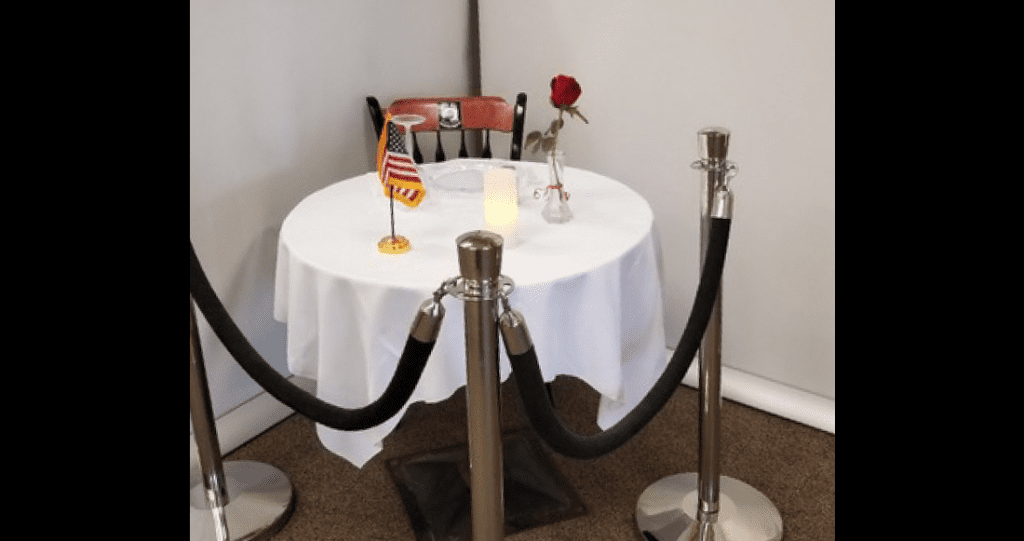 It shouldn’t have taken this much work for the hospital to do the obvious. 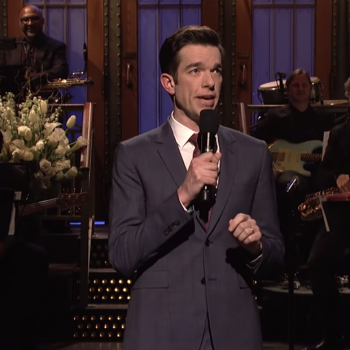 March 3, 2019
John Mulaney Mocked the Idea of Converting to Catholicism Before a Wedding
Next Post 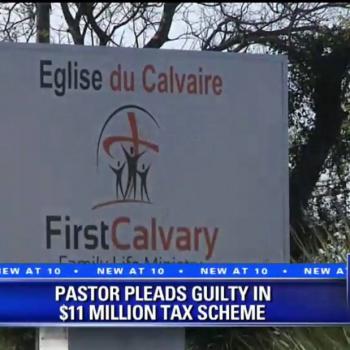 March 3, 2019 Florida Pastor and His Daughter Guilty of $11 Million Tax Fraud Scheme
Browse Our Archives
What Are Your Thoughts?leave a comment