It turns out that, just as with movies and music, evangelicals have their own sex advice websites. Same quality, too. Kelsy Burke, author of Christians Under Covers, has a summary of what she found reading message boards for conservative Christians seeking sex advice. A lot of it was explaining how much they enjoyed non-missionary kinds of sex… while being very very clear about they were 100% straight and everything they did kept them on God’s good side. 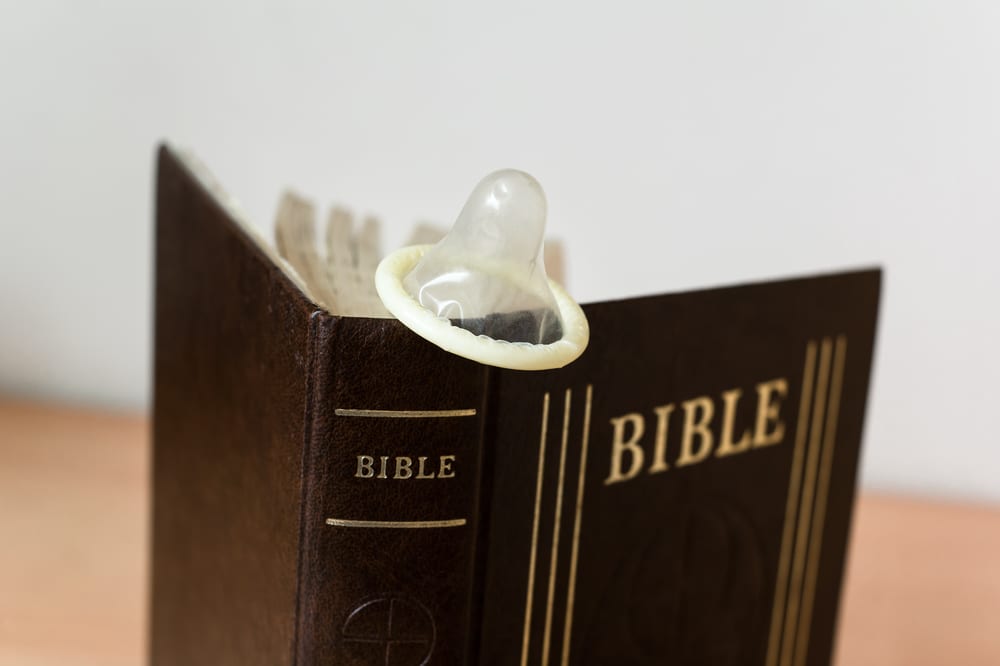 A guy sticking something up his ass? Fine.

A guy sticking another man’s penis up his ass? An eternity in hell.

A guy sticking something resembling a penis up his ass? Subject for theological debate.

The topic of Christian apologetics has never been so interesting…

You also took the fine jewelry I gave you, the jewelry made of my gold and silver, and you made for yourself male idols and engaged in prostitution with them.

Damn. They thought of everything. (Ezekiel is full of golden nuggets like that one.)

The cruel reality here is that while these Christians enjoy their kinks (within the confines of their God-endorsed opposite-sex marriages, of course), they would just as quickly deny the same rights to LGBTQ people if they had a choice. The Bible really can justify anything. God can essentially justify any sex act imaginable… unless it involves two men going at it. They’re sure of it.

They’re willing to step outside the conservative Christian box… unless it involves the humanity of other people. That’s where the line is drawn, apparently.