According to the Daily Beast, the third most powerful man in the Vatican has been convicted of sexually abusing two boys two decades ago when he was an archbishop.

Cardinal George Pell, who denied the allegations, was once a top financial advisor to Pope Francis until he left in June of 2017 to stand trial for his crimes. Today, an Australian jury unanimously convicted him on all charges… we think. The Daily Beast says their sources confirmed that news (another site said the same thing), however the judge imposed a gag order on the trial in order to prevent it from leaking to the press ahead of time. That’s why other larger news organizations haven’t yet confirmed the charges.

(One Australian publication did an excellent job explaining why they can’t write about this situation.)

Earlier this year, we’re told, there was a mistrial in the same case when the jury couldn’t agree on a verdict. A retrial began shortly after that, resulting in today’s apparent decision. (Maybe.)

What’s not hidden from public view is that the pope, this morning, removed Pell and two other accused Catholic leaders from his inner circle.

Pope Francis has reorganized the group of cardinals advising him on how to reform the Vatican bureaucracy, removing two prelates under scrutiny for allegations of sexual abuse or cover-up…

Both Australian George Pell, who is on a leave of absence from Vatican service to fight allegations of historic sexual misconduct in his native country, and Chilean Francisco Errázuriz Ossa, accused of covering up for abusive priests as an archbishop, will no longer be part of the Council of Cardinals…

If Pell was found not guilty of the charges, it’s hard to imagine he’d be getting a sudden boot from the pope, though the charges alone were damning enough to stain those around him. Pell could still appeal any decision, and he will also face another trial next year regarding charges that he “sexually offended” two boys at a swimming pool in the 1970s when he was a priest. So it’s strategic for the pope to cut all ties as soon as possible. If things aren’t bad enough already, they’re only going to get worse.

Pell would be the highest ranking Catholic official to be found guilty of child sexual abuse… if the early reporting is accurate. 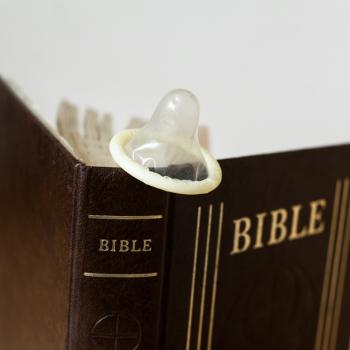 December 12, 2018 Conservative Christian Sex Advice is Surprisingly Kinky (But Still Homophobic)
Browse Our Archives
What Are Your Thoughts?leave a comment