Kids Can Create Their Own Religion With This New Secular Children’s Book December 8, 2018 David Gee

My newest children’s book, which teaches kids about all religions from a secular and phenomenological perspective, is now available — and just in time for Christmas. (Hint hint.)

The Book of Religions, which was co-authored and illustrated by my good friend and artist Chuck Harrison, is the third book in the “Belief” series we started several years ago. First, we put out The Belief Book. Then we released the sequel, The Book of Gods.

In The Book of Religions, we take kids on a trip around the world to learn about what makes a system a “religion.” We also teach them the basics about each tradition and how they were created. 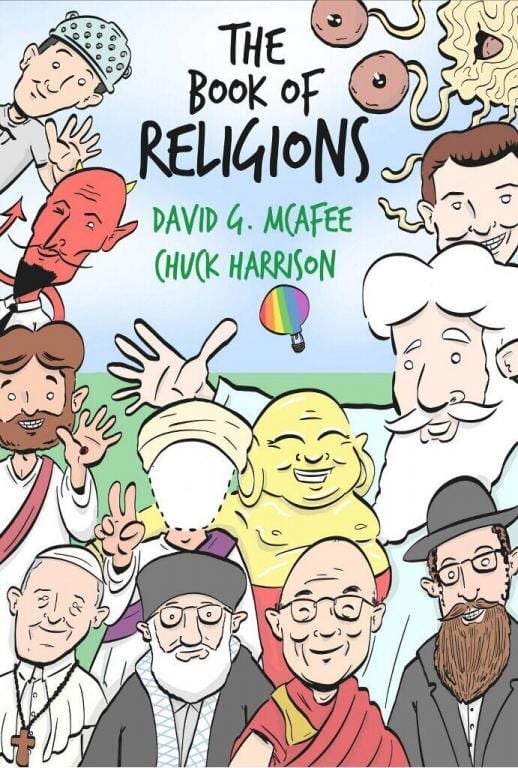 What are religions and why do people follow them? Where did they come from and how have they shaped our lives? This interactive book answers all those questions and more!

The fully illustrated and interactive Book of Religions is for readers and thinkers of all ages, including kids and kids at heart.

In addition to being written by non-believers and including lessons on some of the lesser-known faiths, we also include Pastafarianism and the Flying Spaghetti Monster alongside other mainstream religious concepts. 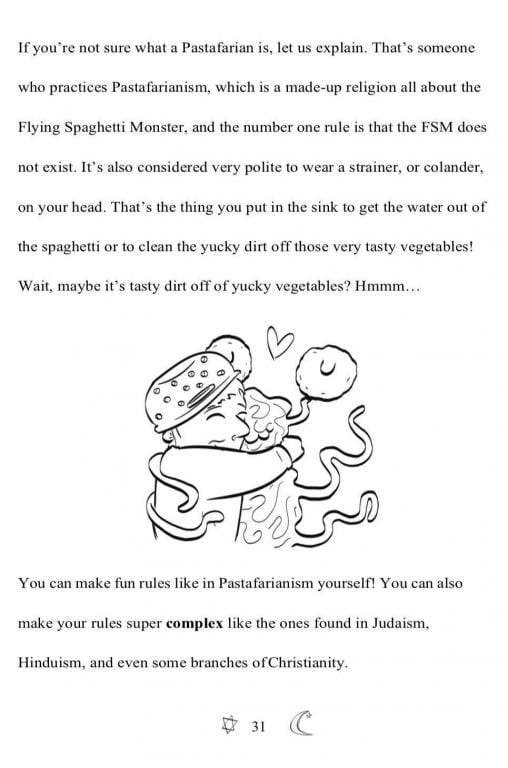 If you’re not sure what a Pastafarian is, let us explain. That’s someone who practices Pastafarianism, which is a made-up religion all about the Flying Spaghetti Monster, and the number one rule is that the FSM does not exist. It’s also considered very polite to wear a strainer, or colander, on your head. That’s the thing you put in the sink to get the water out of the spaghetti or to clean the yucky dirt off those very tasty vegetables! Wait, maybe it’s tasty dirt off of yucky vegetables? Hmmm…

This book, like the two prequels, is written at a basic level that even young children can understand. I also incorporated information I learned in college when I majored in Religious Studies, which is to say there’s material in here for parents, too. So if you’re looking for a thoughtful stocking stuffer, give it a look! 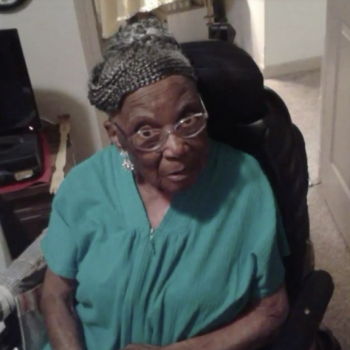 December 8, 2018
Pastor Says Church Member Left Him Every Penny After Death; Her Family Disagrees
Next Post