In a comment that’s had over 5,000 retweets (so far) and well over 50,000 likes, astrophysicist Sarah Salviander listed five reasons she converted from atheism to Christianity.

I was raised atheist, but became Christian because:

We can acknowledge her impressive academic background and still find reason to pick apart what she’s saying here. Being a Ph.D. doesn’t make her right about everything. There are a handful of them who have a background in evolutionary biology who claim to be Creationists, too — a small handful, to be sure, but they still exist. They don’t get anything published about Creationism in peer-reviewed journals, but they’re out there.

So what’s wrong with her statement?

The most obvious problem is with the first item: “Genesis is consistent with science.”

Sure it is… if you redefine science in a way so you can just make up all the answers. Creationism is a lie. Adam and Eve weren’t the first humans. God didn’t create the world (much less in six 24-hour days). Snakes don’t talk. A Great Flood didn’t wipe out humanity except for one human family and a bunch of animals. Light wasn’t created before the Sun existed. And God didn’t just poof us into existence, fully formed.

How an astrophysicist, who ought to be familiar with the terms “light-year” and “billions,” can reconcile those beliefs with Genesis is beyond me.

What about the “legal-historical case for Jesus”? It’s hardly “strong.” There are Christian apologists who will make the case for the existence of an actual Jesus and all the supernatural elements of his mythology, and secular scholars who refute all of that. It’s not a slam-dunk by any means, and even if Jesus the person existed, it’s a far cry from saying He rose from the dead and performed actual miracles.

Is Christianity the “best explanation for evil”? I suppose it’s comforting to believe all actions, even disturbing ones, are part of God’s Master Plan. When you believe that, there’s literally nothing you can do to stop it. It’s the lazy way out. No wonder Christians send thoughts and prayer after mass shootings. It’s literally all they think they have at their disposal. Reasonable people, however, understand that bad people (or “good” people who snap) can and should get help. It’s our job to see that they receive it — and to prevent them from accessing potential weapons when they’re in no position to handle them responsibly.

It also makes far more sense to think there’s nothing watching over us than to imagine some benevolent God is just watching all this terror unfold while doing absolutely nothing to prevent it. If that God exists, He’s not someone worth worshiping.

The other two items — that “Christianity is the source of things I cherish” and “Christianity gives me meaning and hope” — are fine. Those are her opinions, and if religion gives her meaning, that’s fine. I can’t say she’s wrong. But it doesn’t mean those reasons should be convincing to other people.

I love my kids and they give me meaning and hope, too, but it doesn’t mean you need to have a baby, ASAP. I could say the same thing about Humanism, but I doubt she’d find it very convincing.

Salviander doesn’t appear to want to hear any of this, though.

After her tweet went viral, she responded with what appeared to be a slur aimed at people with Asperger’s.

Like clockwork, here are the spergs. As @EveKeneinan sez, why do atheists think that swarming my tweets does anything but prove that I really touched a nerve?

Anyway, if her reasons convince you to become a Christian, then Christianity deserves you. 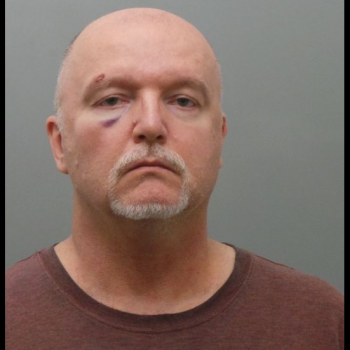 November 25, 2018
Former Pastor Charged with Sodomy and Murder of Women in Catholic Supply Store
Next Post 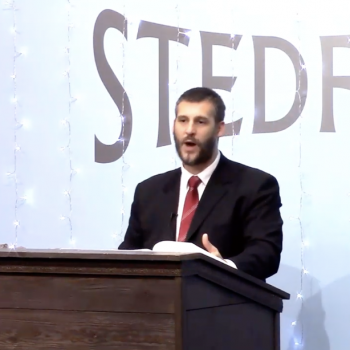