Preacher: Girls Who Were Princess Elsa for Halloween Were “Dressed Like a Whore” November 4, 2018 Hemant Mehta

Preacher: Girls Who Were Princess Elsa for Halloween Were “Dressed Like a Whore”

Brother Bruce Mejia is the preacher at Faithful Word Baptist Church in Los Angeles — an offshoot of the church of the same name in Arizona. Mejia is just as angry as Pastor Steven Anderson, too. In a sermon recently delivered to his congregation, he explained why celebrating Halloween is evil and why little girls who dress like Disney princesses are whores.

Because that’s his takeaway from watching Frozen.

You know, obviously, this already passed yesterday, but Halloween. And I know many sermons have been preached on this, but this ticks me off. The pastors — these supposed men of God — never touch this with a ten foot pole! They don’t talk about it at all!

They don’t want to preach against it. You know why? Because their kids are out there going — I was going to say soul winning — Halloweening. You know, their kids are the ones dressing up like devils. Worshipping the devil on the 31st. So they’re too scared to say anything from the pulpit regardless of that because it’ll make them look like what? Like hypocrites. Well, guess what? They’re already hypocrites! Because they’re letting their kids do it. Aww, they’re just trying to have fun. You know what? Sodomites want to have fun, too. Does that make it right, what they do?

So don’t give me this, it’s nothing bad. It’s the Devil’s night!

Well everyone’s doing it. So what? If that person jumped off a bridge, would you do it too? No.

So we as Christians, when this stuff comes around, we need to be the ones who are casting down that imagination and say, “Sorry to crash the party, Christians. But your trunk-or-treat is wicked.” “Sorry to, you know, crash the party on this whole fun you’re having here, I know you already bought your Frozen costume, but trick-or-treating… is wicked as hell, and you’re worshipping Satan actually, and your daughter is dressed like a whore, because that girl in Frozen is a whore. Sorry to crash the party on you about that. She’s not a princess. She’s a whore.”

And every princess from Disney is a rebellious girl who has forsaken her leader, her fathers, okay? She’s forsaken the covenant of her youth. She’s not under authority. And she’s teaching every single person who’s watching her to be the same! Sorry to rain down on your parade, but I’m just here to cast doubt on this stronghold and just kill the party. Okay?

But you know what that’s called? That’s called a reality check that people need. And pastors hate that stuff. They hate when this one pastor or these two pastors get up and they say these things. Well, whether you hate it or not, you know, I hate every false way! So… You pastors need to get right with God and put these children in subjection with all gravity, and say “We’re not doing Halloween anymore.” You know, “I’ll order you a pizza if you want, for the 31st, but you ain’t going nowhere. We’re not doing this. It’s the Devil’s holiday.

Well. That settles it. I didn’t realized I was supposed to actually worship Satan on Halloween. And I didn’t realize the costume of a Disney princess amounted to a statement about sexuality. Or that candy was the Devil’s Nectar.

You’d think a guy who always pretends to preach about God’s love would understand more about how costumes work… but I guess it’s only evil when other people pretend to be someone they’re not. 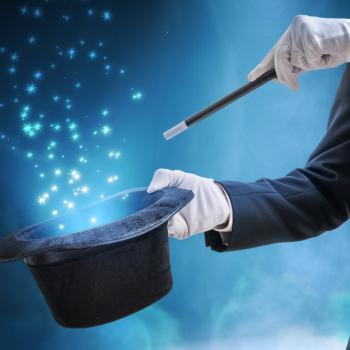 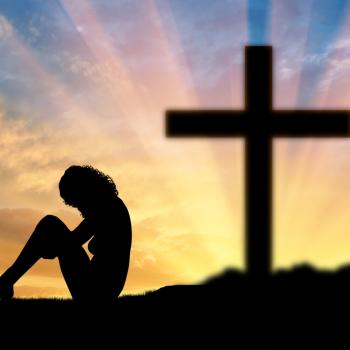 November 4, 2018 I'll Be Speaking at a Missouri Church Next Weekend
Browse Our Archives
What Are Your Thoughts?leave a comment