It seems to be a sad trend how we’re finally discovering that the most hardcore conservative Christians had major skeletons in their own closets — namely the sexual abuse of minors. Bill Gothard, the founder of the fundamentalist organization Institute in Basic Life Principles (IBLP) and a man whose last name does him no favors here, is on that list and his downfall says a lot about the problems within the conservative Christian movement. 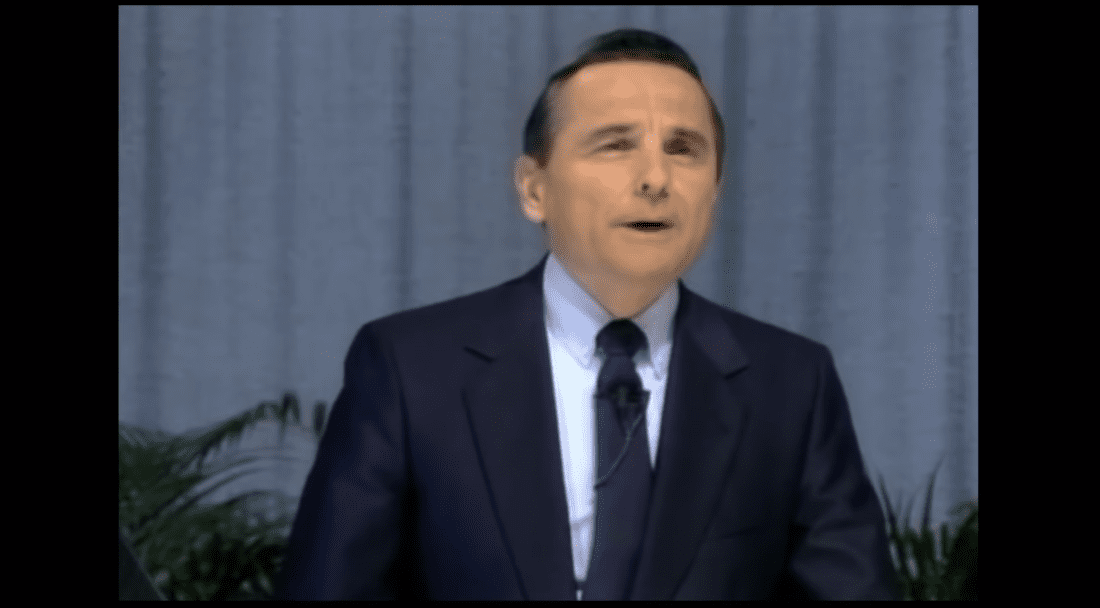 Gothard was initially placed on leave from the IBLP in 2014 after approximately 34 women claimed he had sexually harassed them. That was on top of accusations of molestation and failure to report child abuse. An internal investigation — you’re never going to believe this — found no evidence of criminal wrongdoing but at least agreed he had acted inappropriately. The leave became permanent.

The women eventually filed a lawsuit, which was dropped earlier this year because of obstacles that included expired statutes of limitations, but Gothard still declared victory.

Now, in an article for the New Republic, Joshua Pease writes about how Gothard wasn’t completely cut out of the movement after all that.

… IBLP hasn’t entirely renounced its former leader. The IBLP website celebrates Gothard’s seismic influence on the organization specifically and the fundamentalist movement in America more broadly, going back decades to when he packed arenas with thousands of Christian conservatives eager to hear how his seven basic principles could shield their families from the cultural upheaval of the late 1960s and early 70s. Even when IBLP announced Gothard’s removal from the organization, it was quick to add that his departure in no way tainted the proud legacy of Gothard’s works.

IBLP is a case study in how a religious culture can implode when an authoritarian theology allows the most vulnerable to be targeted by predators. But the fall of Bill Gothard also reflects a larger shift in the way many evangelical Christians are engaging in American culture and politics — abandoning the call for moral rectitude in favor of a more purely partisan antipathy, which has found its greatest expression in the Christian right’s support for Donald Trump.

In this brand of Christianity, a person’s moral failings can be overlooked as long as their work brings more people to the Lord. (Or, in Trump’s case, puts more conservative judges on federal benches.) Never mind that they don’t seem to practice in private the things they preach in public.

The article goes on to document stories of women who were ogled and exposed to Gothard’s erection. Some were groped. Some teens whom he targeted were even known as “Gothard’s girls” around the office. Some of those girls, who are now grown women, reported long-lasting health effects as a result of the abuse they endured.

Still others — deemed too rebellious — were locked for days inside of a “prayer room” (read: solitary confinement) and lectured about not being submissive enough. This abuse often compounded what they already endured at home.

All of this reveals a disturbing pattern in fundamentalist Christianity:

Gothard’s religious teachings are increasingly ignored today, even within fundamentalist churches, thanks in part to the various abuses they engendered. But the public sphere is another matter. Rather than reject misogyny, abuse, or patriarchal authoritarianism, a sizable segment of modern Christianity appears ready to tolerate these traits in its political leaders, as long as it is all in service of fighting the “enemy,” which is usually a shorthand for “liberals.”

Gothard’s legacy is not his thousands of pages of bizarre dogma, but the insight he offers into the way the Christian right once responded to the threats posed by liberal America. He was celebrated by the culture warriors for promising stability in a changing world, all while he warped the message of Jesus to build an empire for himself and prey on the vulnerable. The victims of his abuse are still waiting for justice — and watching as many of their fellow Christians show, in their actions and their politics, that they really don’t care.

We can only hope that, as more survivors of what is clearly a cult share their stories, the power these institutions hold gets chipped away, one block at a time, until the entire tower collapses indefinitely.

October 24, 2018
Satanists Will Sue MN Town That Shut Down Its Open Forum to Avoid Their Display
Next Post 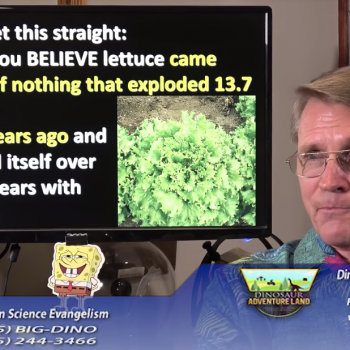 October 24, 2018 Creationist Kent Hovind Now Says Lettuce is Proof That Evolution is False
Browse Our Archives
What Are Your Thoughts?leave a comment