Satanists Will Sue MN Town That Shut Down Its Open Forum to Avoid Their Display October 24, 2018 Hemant Mehta

For much of last year, there was a church/state separation battle in Belle Plaine, Minnesota that began when members of The Satanic Temple noticed a Christian monument at (the very public) Veterans Memorial Park. It was a kneeling soldier in front of a Christian cross. Seeing that as an invitation, the Satanists applied to erect their own monument for veterans right next to the other one. They got the approval and hired someone to build the monument.

But then, in July, just before the installation was set to take place and after a public outcry, the Belle Plaine City Council voted to eliminate the “free speech zone” for good. Rather than have a Satanic monument go up, they promised to remove the Christian monument.

There was no longer a First Amendment issue, but that didn’t mean all the problems were resolved because The Satanic Temple now had this giant black steel monument sitting in a facility somewhere. They commissioned it with the intention of putting it up in the park, but that was no longer going to happen because city officials shut down the public forum. So what were they supposed to do with it?

In December, the Satanists demanded that the city pay them the $35,000 they spent on the display. Their argument was essentially that they played by the rules and did everything local officials wanted… only to have the city break the “contract” at the last second, wasting the Satanists’ time and money.

The city council didn’t buy that logic. In a letter to the Satanists’ lawyer, city attorney Robert J. V. Vose suggested the Satanists had only themselves to blame:

In English: This wasn’t a contract, you accepted a refund of your application fee (suggesting you knew this deal was dead), and you can’t prove we did this just to spite you.

The Temple’s spokesperson Lucien Greaves responded by saying they never cashed the $100 refund and a lawsuit could be in the works.

Even setting aside the potential lawsuit, he made a good point there. What’s stopping every city with a public forum from suddenly shutting it down the moment an unpopular group wants to participate? This was a slippery slope that needed fixing. Even if there wasn’t a lot of money at stake, the time investment for new groups would be substantial and the sudden elimination of a “free speech zone” would go a long way to demoralizing members of the community who don’t share the majority’s faith.

Turns out the Satanists weren’t messing around. They’re filing this lawsuit.

[The Satanic Temple’s attorney Larry] Frost, a retired Lieutenant Colonel and combat veteran with the United States Army, said that he believes his service in the military sought to protect the freedoms of all groups like the Temple. He went on to say that he believes denying the Temple’s demands defies what he and other veterans fought for.

“This is a very personal matter for me. I think it’s morally wrong and violates the First Amendment,” Frost said. “I think it should resonate with every veteran.” He added that he would like to have personal conversations outside of the public eye with local veterans and the Vets’ Club.

Frost stated that litigation is the last thing he and his clients want and would rather have the monument erected and the monument bearing the cross be returned.

“What you have is two very sincere efforts to honor veterans,” Frost said.

Frost told me earlier today that no city can just take a traditional public forum (like a park) and turn it into a limited free speech zone on a whim. That would destroy the whole principle of free speech. And in this case, that change was made precisely because Satanists wanted to make use of the park the same way other groups could. So it’s religious discrimination on top of a First Amendment violation.

The lawsuit hasn’t officially been filed yet, but this case really boils down to whether a city can turn free speech on or off depending on who’s involved.

Lucien Greaves was optimistic in a statement to me, saying his case was “almost certainly a straight-forward victory” and the city could’ve saved a lot of money by simply retaining an attorney with at least an “elementary school-level grasp of the law.”

They seem confident, with good reason, and cities that violate free speech laws tend to be ignorant of how the rules work (at least in my experience of covering these cases). Let’s hope the sensible side prevails. 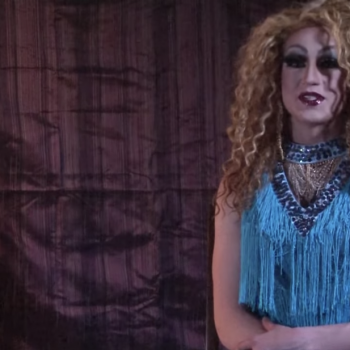 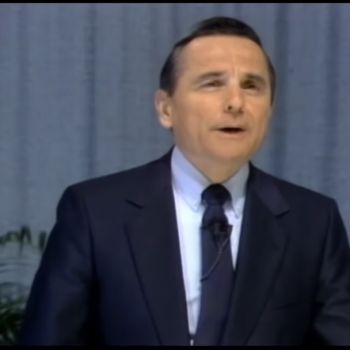 October 24, 2018 The Disturbing Legacy of Bill Gothard Says a Lot About Today's Christian Right
Browse Our Archives
What Are Your Thoughts?leave a comment