A Christian rock musician has officially become an atheist, and he is “still a great father,” according to his wife.

Michael Gungor, an American singer and songwriter who leads a group called “Gungor,” reportedly came out as an atheist to his wife when she was pregnant with their first daughter. The revelation could have been a huge deal considering he and his wife Lisa used to work at a megachurch together.

Lisa, who had also been struggling with her faith, handled it surprisingly well. But not before she assumed her husband’s atheism would lead to him losing all of his morals and ethics.

She explained in an interview with BuzzFeed that her husband revealed his atheism shortly after she learned she was pregnant with their first daughter. They had been struggling to conceive at the time.

“We really went through this trial and this suffering and now we’re getting this baby girl. Our ideas of God are still deconstructing. What is it that we still believe? Michael looks at me and says ‘I don’t believe in God anymore.’ Like I can’t believe any of it and he ends up talking more and I remember just like freezing in my whole body ’cause I was OK with the questions but I wasn’t OK with that,” said Lisa.

So she was okay with him “questioning” God, but once he decided he didn’t believe, that was one step too far. She even thought that he would abandon their marriage vows due to the negative stigma associated with atheism. Fortunately, she learned quickly that losing his faith didn’t change who her husband was as a person.

“I think there was this idea in my head that once you don’t believe in God, now he’s gonna cheat on me and murder people. What [is he] gonna do? Have sex with everyone? And I was like, Wow, he is still a great father. He’s committed to me. His moral compass didn’t break and disintegrate.”

Look at that! She realized you can be good without God and there’s no need to lean on a moral crutch. When atheists do the right thing, it’s not to gain favor with a deity.

It’s always interesting to see a Christian singer shed his faith, but that’s even more the case here, because his wife, who is also part of the band, began having her own doubts.

The rocker’s wife also revealed in the July-August issue of Relevant Magazine that she’s not sure how she would define her faith either after briefly declaring herself an atheist during her spiritual evolution.

In her recently published book, The Most Beautiful Thing I’ve Seen, Lisa — who founded Bloom Church with her husband in Denver, Colorado, in 2006 — discusses the evolution of their faith as a couple and how their questions about God and the Bible forced them out of the fundamental Christian space.

What’s notable about Michael’s deconversion, as well as the spiritual changes Lisa’s life, is that it didn’t happen all at once. The process almost always takes a lot of time, and the road to freedom from religion is full of potholes and speedbumps.

In 2014, Gungor rattled the Christian community when he revealed that he and Lisa, who are the faces of the musical collective, don’t literally believe in stories from the Bible on topics such as creation (including Adam and Eve) and the flood, challenging orthodox Christian doctrine. The revelation drew the ire of many Christian fundamentalists who made Gungor songs like “Dry Bones” and “Beautiful Things” worship anthems.

Lisa told Relevant that she once completely lost her faith during her period of questioning when one of her cousins was diagnosed with cancer and her family prayed and declared the cousin had been healed.

So Lisa and Michael are coming to terms with their beliefs, or lack thereof. That’s important for everyone to see. The fact that they boxed themselves in with the “Christian” themes in their popular music doesn’t mean that they can’t rethink faith later in life. If they can figure it out, anyone can.

Michael and (soon, possibly) Lisa deserve credit for making that transition and realizing religion just doesn’t make any sense. It’ll be interesting to see how their songs reflect that moving forward.

(By the way, Lisa Gungor has said on Instagram that the BuzzFeed video title is misleading. She’s not an atheist and she never pastored a megachurch.) 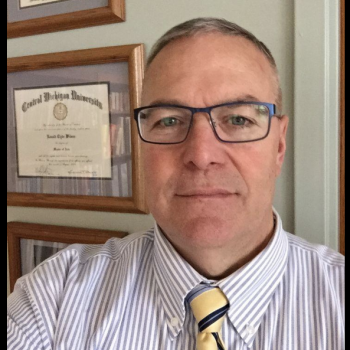 September 24, 2018
Superintendent: I Didn't Mean to Offend When I Said Atheists Are Ruining America
Next Post 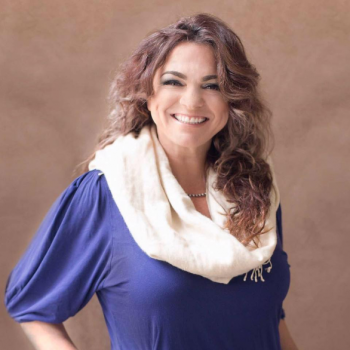