Pastor Used “Anonymous” Letter and Extortion to Rape a Woman

A pastor in Missouri used a complicated scheme, including an “anonymous” letter, to extort and rape a woman. 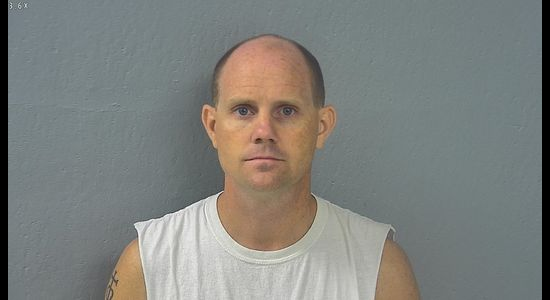 Law enforcement officials say Gary Miller, a pastor at Sycamore Baptist Church in Springfield, wrote an “anonymous” letter to a woman and threatened to hurt her loved ones if she didn’t have sex with Miller. When she contacted Miller to talk to him about it, he suggested they meet… and then he raped her.

Then, in a strange twist, Miller reportedly admitted what he did to his own congregation.

Gary Miller, 41, was charged Tuesday with forcible rape and forcible sodomy following allegations that he sent “anonymous” threat letters to set up a sexual assault in 2012.

Sherry Clark said Miller was her pastor in 2012 at Sycamore Baptist Church in Springfield.

Clark said one day in 2012, Miller stood in front of the congregation and admitted to having sex with the victim.

Clark said she could not remember if Miller also admitted to other parts of the alleged scheme, like sending the threat letters.

“I was shocked because he’s got kids of his own,” Clark said. “He never seemed like he would be that type of guy.”

Clark said the day of Miller’s admissions was her last at Sycamore Baptist Church, and she assumed that Miller would soon face legal consequences.

If we’ve learned anything over the last few years, observing the depths of the abuse scandal within the Catholic Church, it’s that we can never just categorize “that type of guy” by how they appear in their church. Abusers like this are known to hide behind the veil of their position, using their allegedly divine moral authority to obscure their incredibly horrific actions.

Still, I’m glad Clark left the church after the admission. She didn’t, however, tell the police, and it took a long time for authorities to bring charges.

Clark said she doesn’t understand why it took six years for charges to be filed in the case.

“Why they are just now opening up a case about it is insane to me,” Clark said.

Public court documents indicate police only recently became aware of the alleged rape scheme while they were investigating other sexual abuse allegations made against Miller.

According to a probable cause statement filed by police, the woman confided in Miller not knowing that he had written the letter. He then raped her and prayed to her while tucking her into bed.

Miller allegedly told the woman that he did not want to have sex with her, but he felt like they had no choice.

The statement says the woman first pushed Miller away but eventually gave in and had sex with Miller as he used his cellphone to film the encounter.

After the incident, the statement says Miller insisted on tucking the victim into bed and praying with her.

Miller may have had a very guilty conscience — or he knew he would eventually have to face the consequences of his actions — because he also admitted to the rape to his wife. He is now being held on a $50,000 bond and is being investigated for possible sexual abuse against at least five young kids.

He’ll undoubtedly ask Jesus for forgiveness, but that’s not going to help any of his victims. 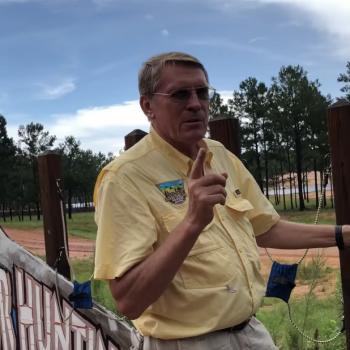