In 2015, River Pointe Church bought space in Houston, Texas for a new branch. It also happened to be across the street from the Hiram Butler Gallery, an art vendor. That wasn’t a problem on its own, but church members have frequently been parking in four spaces reserved for the art gallery. No amount of discussion, Hiram Butler said, seemed to resolve the problem

I guess the church didn’t realize you shouldn’t get into an argument with an artist, because Butler commissioned some art that should solve the parking problem for good: 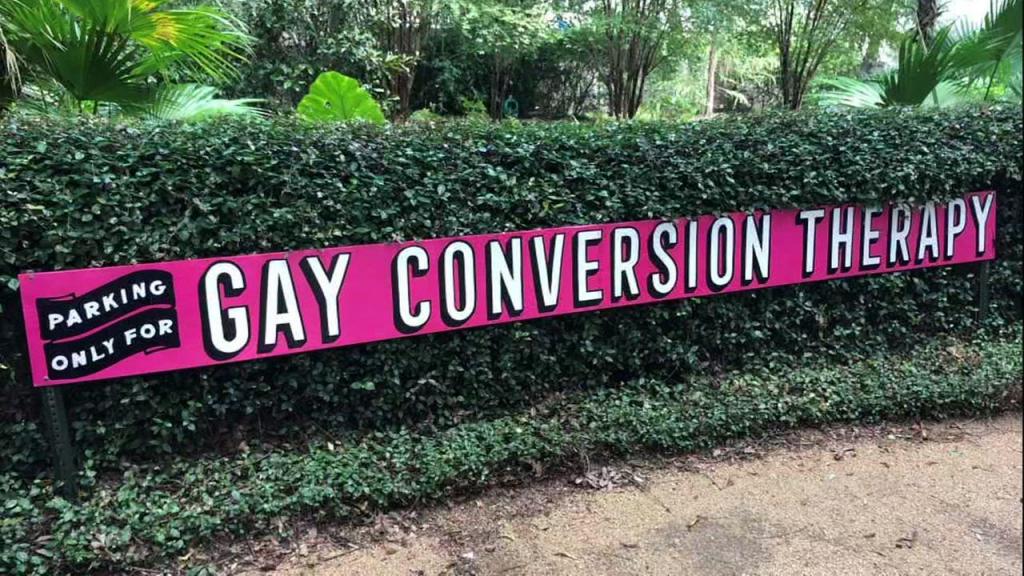 A sign outside the Hiram Butler Gallery reads, “Parking Only For Gay Conversion Therapy.”

“We tried reason. We tried anger. Neither of those things worked, so we’re trying humor and see if that will reach them,” said Butler. “I’m as gay as a goose. It is not anti-gay. I have been a gay activist my entire adult life on the national life. It is satire.“

I’ll admit it. I laughed.

And just in case anyone thinks it’s homophobic, there are also satirical bumper stickers telling people the conversion occurs in the other direction:

For [artist Robert] Rosenberg, meanwhile, the sign and an accompanying line of pink bumper stickers, which read “Follow me to the Blossom Gay Conversion Therapy Center, where we pray the straight away,” should only be offensive to one contingent.

“I don’t see how anyone who thinks very much can look at that sign and think it’s offensive — other than people who believe in gay conversion therapy and promote it,” he said. “It’s supposed to be a visual assault on those people. Maybe they’ll stop and think, ‘Oh yeah, that’s our idea, it doesn’t look so good in pink and black, 16 feet long.’”

So far, Butler says the sign hasn’t completely solved the problem. He hopes, however, that he doesn’t have to resort to calling a tow truck to take the cars away.

For the church’s part, Senior Pastor Patrick Kelley issued an apology to a local news station and said he would “continue to be diligent to prevent our guests from using Mr. Butler’s four parking spaces.”

(via Artsy. Thanks to Mariano for the link) 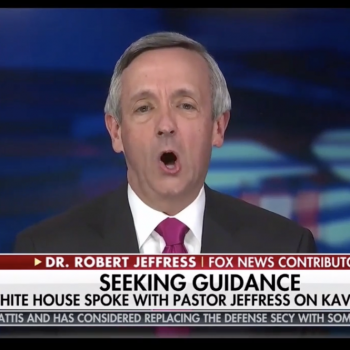 September 19, 2018 Franklin Graham on Brett Kavanaugh Scandal: "She Said No and He Respected It"
Browse Our Archives
What Are Your Thoughts?leave a comment