I don’t need to go into detail about how he criticized her. Like so many Christian men, he has no sympathy for alleged victims who keep a secret for decades. He doesn’t understand why Ford wouldn’t have said something publicly long ago when no one gave a damn about who Brett Kavanaugh was. He doesn’t get why Ford wouldn’t want to be subject to constant condemnation (and death threats) from right-wing blowhards who were never going to take her seriously.

But it’s what he said at the end that was truly bizarre:

Anchor Shannon Bream asked Jeffress to response to the liberal argument that, if the tables were turned and this was a Democratic nominee accused of rape, the Religious Right would’ve demanded the candidate’s withdrawal. So wasn’t he being hypocritical?

That’s not fair and that wouldn’t happen.

Let me tell you the gross hypocrisy of the Left here. The Democrats feign this concern for the abuse of women. They say they’re so concerned about that when the real objection to Brett Kavanaugh is that he would restrict, in any way, the murder of 700,000 females in the womb to abortion every year. That is rank gross hypocrisy and it’s on display for all America to see right now.

Republicans made up a rule to delay even holding a hearing for Merrick Garland for more than a year — and that guy did nothing wrong. Yet Jeffress pretends the Right wouldn’t be flipping out if a liberal nominee who could flip the direction of the Court was accused of sexual abuse? You’ve got to be kidding me. Either Jeffress has a ridiculously short-term memory or God told him lying is no longer a sin.

Democrats believe women should be in control of their own bodies. It’s that simple. That applies to women who are pregnant (for any reason) and decide they don’t want to give birth, and it applies to teenagers who go to a party and don’t want to get assaulted by a guy who covers up her mouth so she can’t scream, all while his buddy watches.

Jeffress doesn’t give a damn about either group. He wants to force women to give birth and he assumes women who share their stories of abuse are liars… at least if she becomes an obstacle for a right-wing judge on track for a lifetime appointment to the Supreme Court.

Now imagine nearly a dozen Republican men who think just like Jeffress does and you get a sense of what Ford will have to deal with if she testifies on Monday. No one goes through this for fun.

You would think a Christian pastor would understand that. Jeffress could have offered some words of compassion for Ford. He could’ve been a decent human being. He could’ve just stressed the importance of listening to her before making a judgment call.

Instead, he jumped to the worst-case scenario, implying Ford is a liar who’s colluding with Democrats. It’s the sort of Christian conspiracy theory that is unfortunately accepted by the majority of white evangelicals these days.

September 18, 2018
In a New Book, Pastor Mark Driscoll Glosses Over His Own Abusive Behavior
Next Post 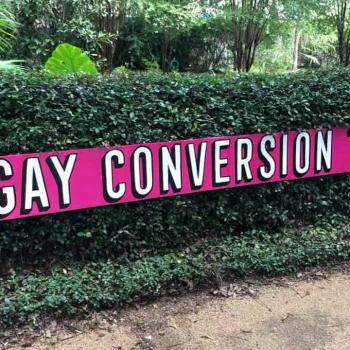