Joshua Feuerstein’s Wife Proves, In Seven Seconds, That She’s As Awful As He Is July 1, 2018 Hemant Mehta

Joshua Feuerstein’s Wife Proves, In Seven Seconds, That She’s As Awful As He Is

You’ve seen plenty of god-awful videos from evangelist Joshua Feuerstein on this site — he’s loud, obnoxious, hateful, and whatever else his warped little mind thinks Jesus was like.

But what about Mrs. Feuerstein? What does she think of all this?

Here. Let her tell you why she’s not a feminist.

It’s telling that in a video lasting 1:17, she only spoke for about seven seconds because her husband interrupted her to make it all about him. And even in that small window, she trashed feminists and emphasized traditional gender roles. Even when Joshua mocks women who don’t look “feminine” enough for his desires, she’s right there smiling.

So don’t feel bad for her. She’s just as awful as he is.

Hey! I guess she can do what a man can do!

It’s just another reminder (as if you needed one) that Christianity doesn’t automatically make people good. In fact, it makes despicable people even prouder of their bigotry, believing it’s justified by their holy book. 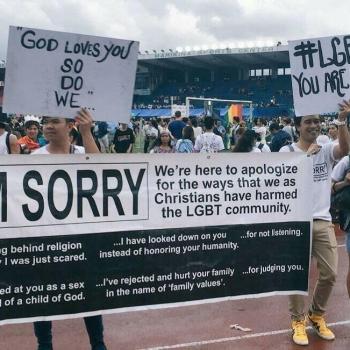 July 1, 2018
Don't Get Suckered In By These Christians Apologizing at a Pride Parade
Next Post 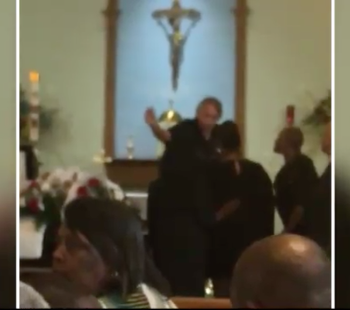