Greek Orthodox Church: Don’t Blame Us for That Viral (and Violent) Baby Baptism May 27, 2018 Hemant Mehta

Greek Orthodox Church: Don’t Blame Us for That Viral (and Violent) Baby Baptism

In a bizarre video that’s been making the rounds on a lot of tabloid-y websites, we’re told an archbishop from the Greek Orthodox Church (supposedly in Ayia Napa, Cyprus) is baptizing a child in a style reminiscent of a starving man dunking an Oreo into a glass of milk after having just been rescued from a deserted island.

You can see the baby is flung in and out of the baptismal pool in a way that could easily be construed as violent or abusive.

As one online commenter put it, that’s not baptism, that’s waterboarding.

Why that particular method? One report offered this explanation:

Greek Orthodox baptisms traditionally see the Archbishop dunk the baby into the font three times “forcefully” as the method is seen as a solution to address declining birth rates.

Now the church is fighting back. According to the Greek City Times, those reports have the details all wrong.

The statement sent to GCT also adds, “Such practices are not condoned in the Greek Orthodox Church; not only are they inappropriate but they are also nothing short of being physically abusive. Whilst the early Church practice by full immersion is carried out to this day in the Greek Orthodox Church, this is typically done by seating the infant in the baptismal font and gently pouring water over their head in much the same way that they might be bathed by their parents.”

That’s a damn good rebuttal. They said it’s not their church or their representative. They condemned what they saw. And they say their actual baptism method is no different from giving your baby a bath.

Fair enough. But then what the hell are we watching in that video? I still don’t have an answer to that. It’s possible this was a cultural thing more than a religious dictate. Maybe this was a Greek Orthodox church in name if not in affiliation, and the guy had no official title despite people saying he was a bishop. Maybe this is all fake, though it sure didn’t seem like it based on the reactions from the girls in the background.

And beyond all of that, remember that this is a pointless ritual to begin with, as if dunking a baby in water (or pouring it gently over their heads) has any effect on their lives. It’s superstition that serves no purpose. And in this case, it’s superstition that could be incredibly traumatic.

If this didn’t take place in a church, and the man wasn’t wearing religious garb, maybe people would be less reluctant to call it child abuse.

By the way, a similar event occurred in Tbilisi, Georgia last year. It wasn’t okay then either. 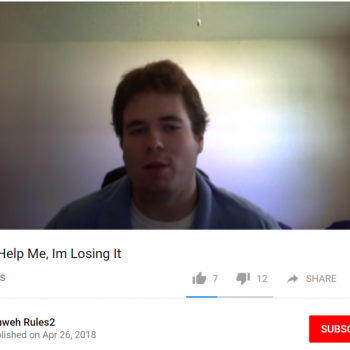 May 26, 2018
Man Who Shot 3 People In Bar Said He Was Under “Hardcore Demonic Attack”
Next Post 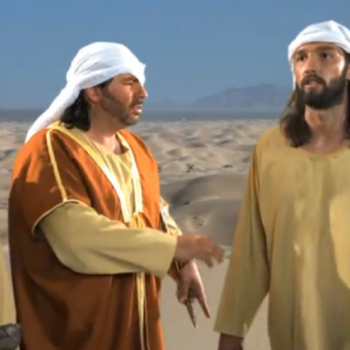