Last year, an Australian commission found that the Jehovah’s Witnesses were turning a blind eye to serious problems within their ranks. The Royal Commission’s report said kids were not “adequately protected from the risk of sexual abuse” in the organization.

And just last month, in Canada, a $66 million class action lawsuit was filed against the Witnesses by victims who said the religious group not only failed to prevent abuse but didn’t do much even after it was reported.

Part of the problem is the Watchtower Society’s own policies, like the “Two-Witness rule,” which says church elders shouldn’t take seriously a victim’s account of abuse unless another person witnessed it… even though the only other person around may have been the abuser himself.

In many cases, the accused abusers aren’t disciplined in any meaningful way. Sometimes they remain in the organization, giving them an opportunity to strike again. It’s all too similar to the problems that have long plagued the Catholic Church.

You would think that members of the Jehovah’s Witnesses would be appalled by all this. That they would demand reforms from the inside. That at least some people would leave the religion in protest.

But, unlike the Catholic Church, Jehovah’s Witnesses really live in a bubble where they’re insulated from outside criticism. They’re taught to avoid critics. They’re told that ex-Witnesses are notoriously litigious. The policy of disfellowshipping says Witnesses shouldn’t have any interactions with ex-Witnesses, even if they’re family members.

That makes it very hard to let members know about the awful things being done by the Watchtower Society, what critics are saying about them, and why. It’s not like their church elders are going to talk about it. And like Donald Trump writing off all criticism of him as “fake news,” Witnesses are likely to think any lawsuits against their church are being filed by “enemies” trying to persecute them.

The problem isn’t that no one is telling them the truth. The problem is that Witnesses are predisposed not to listen to the critics.

That’s why, over the past week, ex-Jehovah’s Witnesses have been crashing meetings at Kingdom Halls (their churches) in order to let members know what’s really going on. They pose as believers and sit through the sermon, but then, during a time when visitors can get access to the microphone, the protesters spew facts about the Witnesses and the abuse scandals.

Imagine protesters yelling from the rafters on Capitol Hill or during a confirmation hearing. They’ll be whisked away soon enough, and they know that, but not before they can make their point to those willing to listen.

On Sunday, YouTuber and ex-Witness Amy K. visited a Kingdom Hall in Kenosha, Wisconsin. When she had the opportunity, she told the crowd, “The money that we donate to the organization is going to protect pedophiles.”

Her mic was cut off almost immediately, so she just stood up and addressed the crowd directly.

It wasn’t long before she was removed from the room.

She wasn’t alone. Also on Sunday, ex-Witnesses visited a Kingdom Hall in Mahwah, New Jersey to do the same thing. Watch this starting around the 3:10 mark:

As soon as the first gentleman is escorted out, another young woman begins speaking about the abuse she suffered as a Witness. “How does this stop?” she asks the elders. (They don’t respond.)

When she’s kicked out, another woman stands up to say, “My ex-husband is a pedophile. He raped two children in the Kingdom Hall… You all can talk to my pedophile ex-husband, but you can’t talk to me because I left [and was disfellowshipped]. He beat me for 11 years, [and] you asked what I did to antagonize him.”

Another woman: “I lost my virginity to a rape and was disfellowshipped for it. They told me it was my fault for going to a bar with a ‘worldly’ boy.”

Another tells the congregation to visit JWFacts.com.

On Sunday, another group of people visited the JW headquarters in Warwick, New York to protest and get answers from the Governing Body (the leaders of the Jehovah’s Witnesses) about how they planned to tackle the problems.

They didn’t get a response from Governing Body members… but they did get the sprinkler system turned on them.

(One protester jokes: “I’m not afraid of water! I’m an apostate!”)

The protests may have had an effect.

This week, the Watchtower Society released a video addressing the protests (without explicitly saying so) and the Two-Witness Rule. The timing is almost too perfect to be coincidental. In essence, Governing Body helper Gary Breaux doubled down on the group’s actions and ridiculous policies while condemning the critics.

The YouTuber who put that together shared his frustration near the end of the video:

We did all of that this weekend so that you might consider to change this one little thing that might get us off your backs! And you couldn’t do it! You doubled down! You used your entire weight to further indoctrinate your people!

Earlier today, I asked Amy K., who made that first video, what she hoped to accomplish from her protest. Did she really think people would leave the Kingdom Hall by hearing her words? Was she hoping to start some sort of revolt?

Her response was much simpler than that: “I would love it if the people in that Hall just Googled the information.”

That’s all. She wants them to visit sites like JWVictims.org where they can learn about the abuse cover-up and the allegations against the Witnesses.

She also wanted members to read the case details. Read the Royal Commission’s report. Be aware of what’s happening. And more than anything else, she wanted them to think twice before leaving their children alone with a JW elder. If there’s abuse or a child says he was improperly touched, Amy wants the parents to report the matter to local police instead of leaders within the church where the abuse happened.

And while these protests weren’t all coordinated, Amy hoped that the sheer number of them, all taking place within a short time span, would get Witnesses talking to each other about the issues they raised. The elders may not bring up child abuse during a Kingdom Hall meeting, but perhaps the members of the congregation could bring it up in a private setting with their friends.

I know there are people who write off protests as ineffective forms of persuasion, but when you’re dealing with what some people call a cult, infiltrating their meetings may be the best way to get through to members.

If nothing else, maybe the protesters planted small seeds of doubt that might eventually blossom and help the people who are being misled by JW leaders.

(A small portions of this article was published earlier) 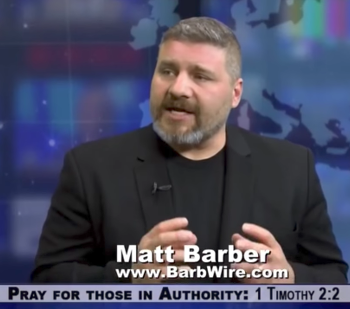