Tucker Carlson to Triumphant Satanist: Go “Crawl Back Into Your Hole”

Here’s all you need to know about Tucker Carlson‘s interview last night with The Satanic Temple’s Lucien Greaves: It ended with the perpetually angry Carlson saying, “Yeah, whatever. You’re making an non-sensical point and I think you should crawl back into your hole.”

Greaves was on to talk about his group’s new initiative involving Satanic Cakes. He’s urging members to visit bigoted Christian bakers (who have refused to make wedding cakes for gay couples) and ask them to make a cake featuring a straight Satanic couple on top. 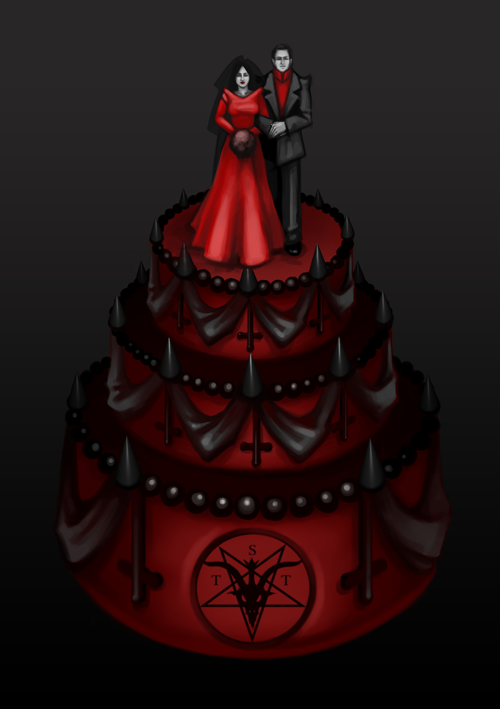 This isn’t mere trolling. There’s a very good point being made here.

While some states allow business owners to discriminate against customers on the basis of their sexual orientation, religion is usually a protected class. That means the bakers who can legally refuse to make cakes for same-sex weddings can’t legally say no to a cake for Satanists.

Carlson didn’t address that issue at all. Instead, he said Greaves was just a troll. Greaves responded by asking Carlson to define a “credible” religion, since it’s really in the eye of the beholder. Satanists had affirmative values, Greaves said, and they were expressing their “deeply held beliefs.” (Carlson’s response? “Blah, blah, blah.”)

After Greaves made another good point seconds later, Carlson dismissed it by saying the Satanist must have had an “unhappy childhood.”

Then, there was a wonderful exchange. Carlson, trying to throw the Satanist off his game, questioned the legitimacy of his beliefs: “If this is a real religion, then why not practice it? Why waste all this time bothering other people who are minding their own business?”

It’s a question Carlson and other Fox News hosts would never ask their conservative Christian guests who insist on pushing their beliefs on everybody else.

Greaves saw the pitch coming from a mile away and hit it out of the park:

Are you saying why don’t we practice it private and in our own churches and in our own homes? Because then I would say I’m completely on board with you, and that’s exactly pretty much the message we’re putting out. You don’t see us going into public forums where there isn’t already religious representation. What we’re doing, is we’re upholding pluralism…

Having been defeated, Carlson wisely changed the subject. He said that Christians weren’t going to Greaves’ home and forcing him to pray with them… but it’s not like the Satanists are doing that either. They’re going to a public business and asking for the same treatment offered to everyone else.

The fact is The Satanic Temple’s initiative is a fair test of what the law says is acceptable. If religion is a protected class, then a wedding cake request can’t be denied just because the couple is Satanic. Why should we forbid religious discrimination but allow anti-gay bigotry?

Carlson never answered the question. Maybe that’s because he can’t explain why religious discrimination is bad but discrimination on the basis of sexual orientation is okay. 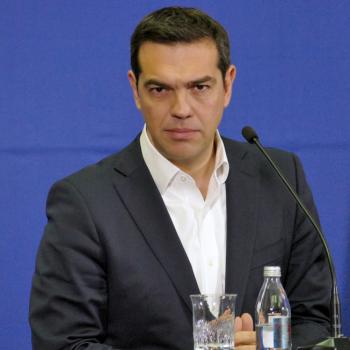 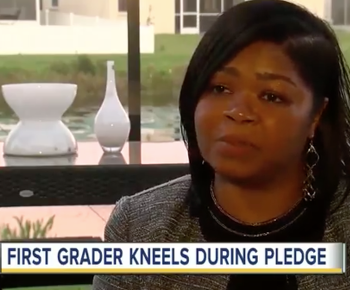 September 30, 2017 Florida Teacher Tells First Grader He's Not Allowed to Kneel During the Pledge
Browse Our Archives
What Are Your Thoughts?leave a comment