Kentucky Group Will Protest Eclipse Because It’s Getting Too Much Attention August 14, 2017 Hemant Mehta

You knew this was bound to happen: There is a group that plans to protest the upcoming solar eclipse.

Because the universe has gotten away with doing whatever it wants for too damn long.

Actually, the group Kentuckians for Coal (which appears to have been created solely for this purpose) says they’re angry that everyone is getting very excited about the eclipse in the city of Hopkinsville and no one cares about coal. Seriously.

That’s what their press release suggests.

Kentuckians for Coal is an ad-hoc coalition of miners, union officials, family members and coal users created to defend the Kentucky coal industry against encroachment from renewable energy industries and from economic development initiatives aimed at lessening America’s dependence on coal. Kentuckians for Coal stands against the eclipse and those who worship it.

The protesters chose the New Era office location because the newspaper and other fake-news media have been over-hyping the eclipse because of its potential to boost local economic development, while ignoring the importance of the coal industry.

They added that the eclipse will mean a surge of people visiting Hopkinsville, and that will surely mean expensive hotel rooms, gas stations running out of gas, and “an invasion of prostitutes.” Obviously.

They’re all for civic pride, they say, but they want more attention.

Kentuckians for Coal understands civic pride and the importance of economic development, but the extent of this sun worship lacks in common sense and good horse judgment.

Says Major Joseph Calvin, media coordinator for Kentuckians for Coal, “A mine is a terrible thing to waste.”

The group even offers slogans for protesters, including — and I’m not making this up — “You Can’t Always Count on the Sun!,” “Blame Obama!,” “That’s what she said!,” and “The Solar Industry Is Modernizing Us Out of Jobs!”

That last one tells you everything you need to know, doesn’t it? These are people who want to live in the past even while newer, cleaner forms of energy are right in front of them. Much like the eclipse, we know how this story ends. The question is whether they’ll get on board with it or pretend the inevitable can be avoided. 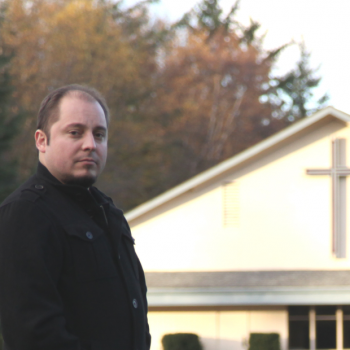 August 14, 2017
A Pastor Who Secretly Blogged About His Deconversion is Featured in a New Film
Next Post