There are 8032432 reasons Christians might be upset with Pastor Joel Osteen. His sermons are more self-help than Bible-focused. The church is very much a cult of personality. He doesn’t take hard stances on controversial issues.

But Joel and his wife Victoria celebrating their son’s college graduation? That shouldn’t even make the list.

See if you can guess why some people are all worked up. 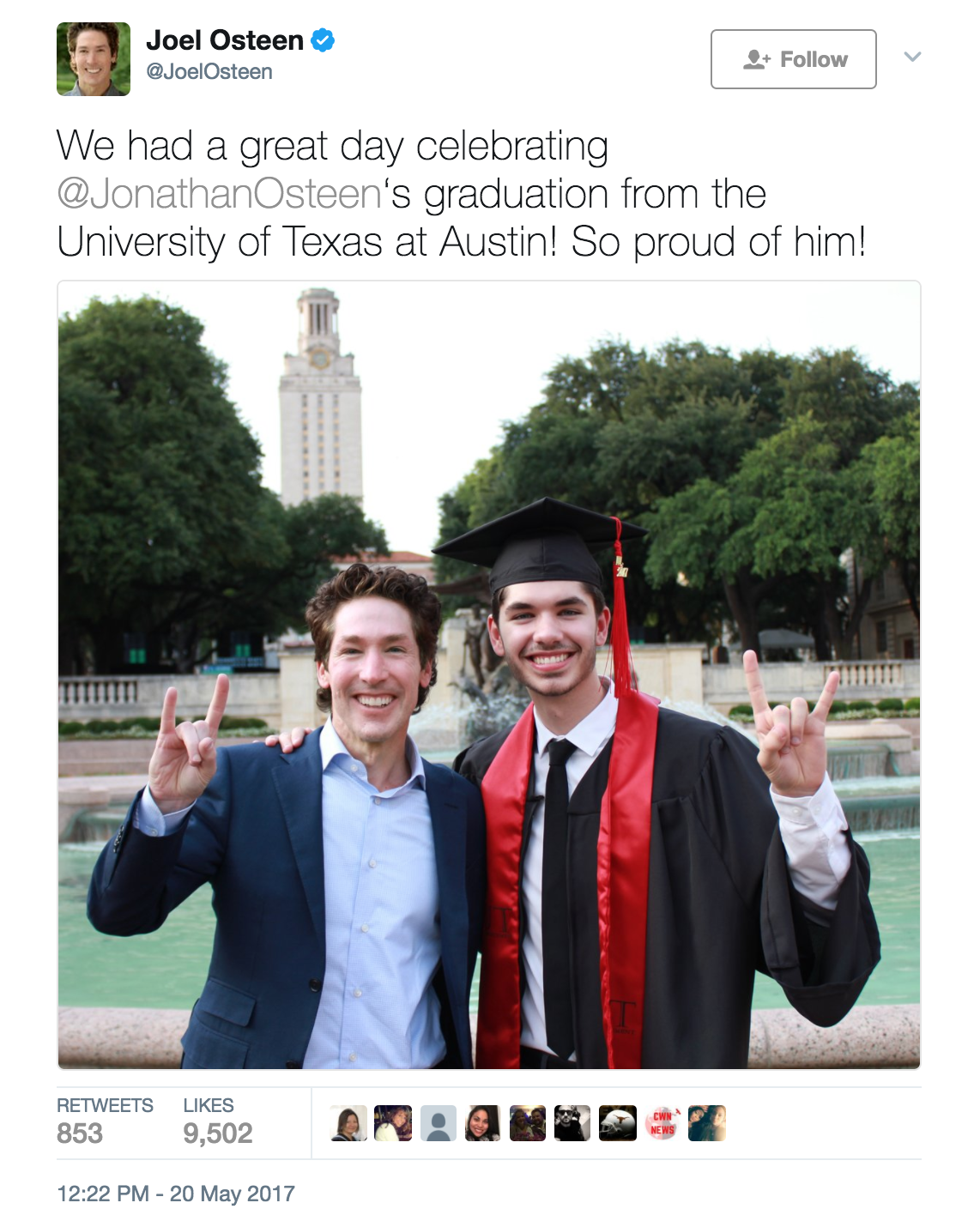 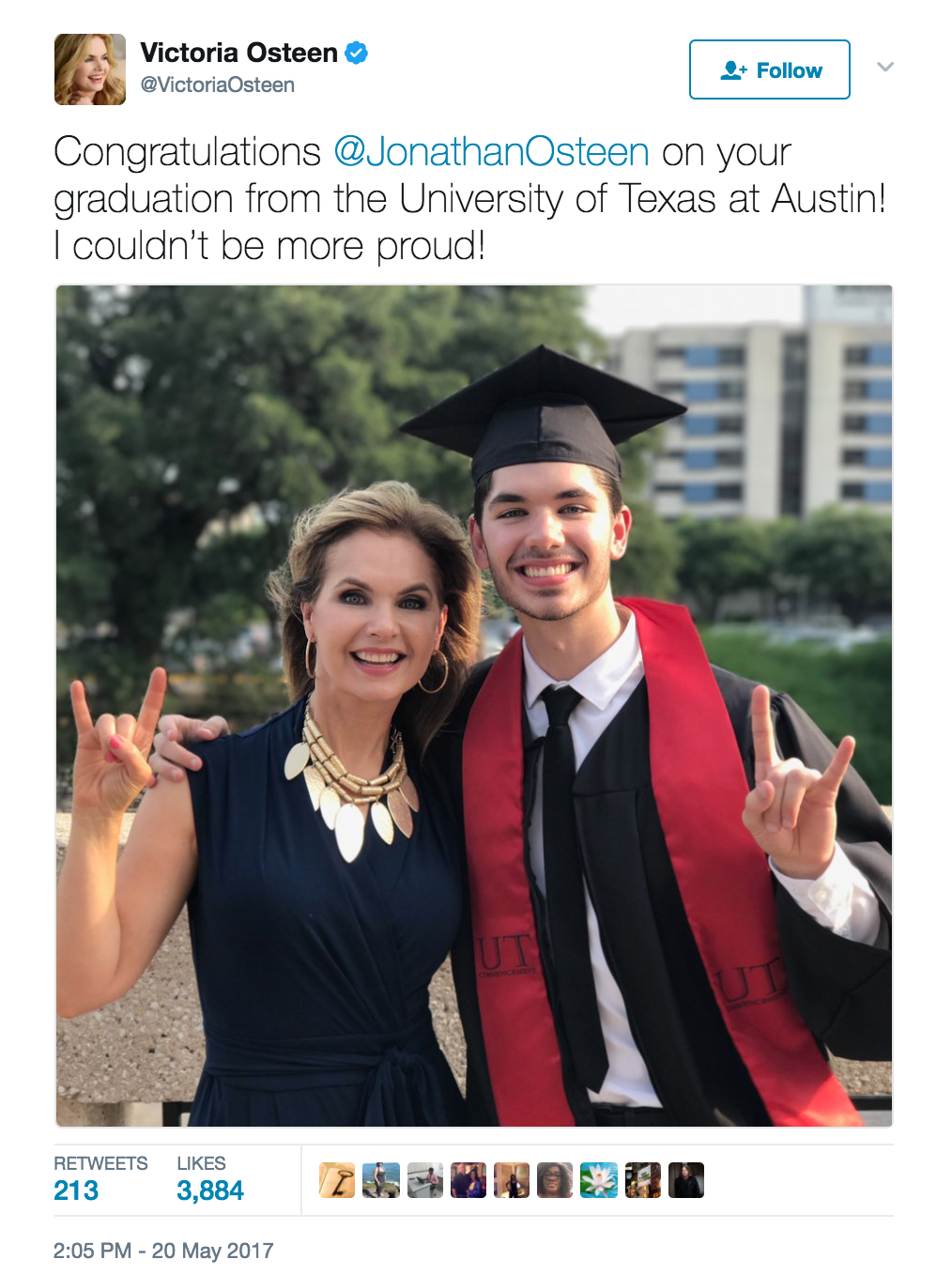 If you guessed people wrongly assumed they were making a devil-related gesture — rather than the traditional “Hook ‘Em Horns” gesture for the Texas Longhorns — you’d be right.

@VictoriaOsteen @JonathanOsteen ..Joel showing the sign of the devil is bad enough, you too Victoria.. unbelievable, what are you thinking??

@JoelOsteen @JonathanOsteen Why on Earth would you use the devil sign? My goodness a thumbs up would work or you don't have thumbs??

@VictoriaOsteen @JonathanOsteen Pst Joel I read and share your devotions with my family, very fond of you but you should've be sensitive to that sign, to christ its wrong

@JoelOsteen @JonathanOsteen ….. are you really making the universal sign of the devil…. really!! Joel Osteen. Really!!!!

@JoelOsteen @JonathanOsteen Joel, I'm a HUGE of yours … but … WHY the devil sign?

@JoelOsteen @JonathanOsteen People pay more attention to the devil than to https://t.co/nPEekU0TT8 know all the signs of the devil but u can't memorize 10 bible verses.

@JoelOsteen @JonathanOsteen It's sad that our people perish for lack of knowledge. The hand gesture are the devil horns. These universities are in it too. Pray, Pray!!!

To be sure, plenty of people (many of them presumably Christian) understand what the sign means. Many of them even corrected the people jumping to the wrong conclusion.

Still, it’s absurd that people would assume the worst about the Osteens based on their own ignorance. I would say that’s unusual, except evangelicals have a habit of doing just that when it comes to issues like LGBT rights and Planned Parenthood.

The Osteens haven’t responded publicly to the comments. Not that they need to. 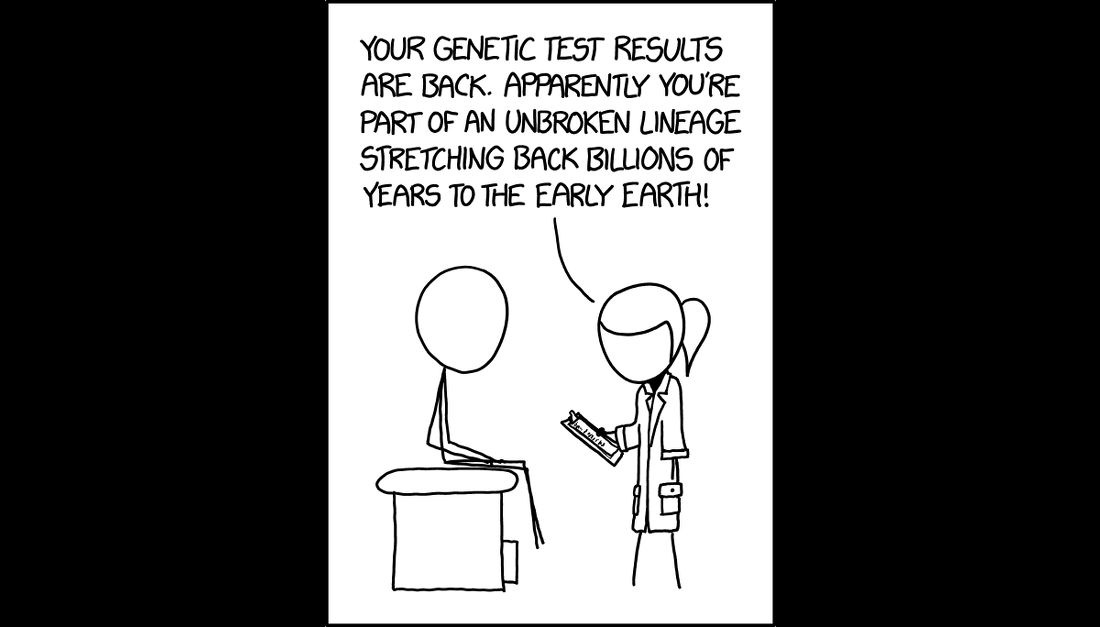 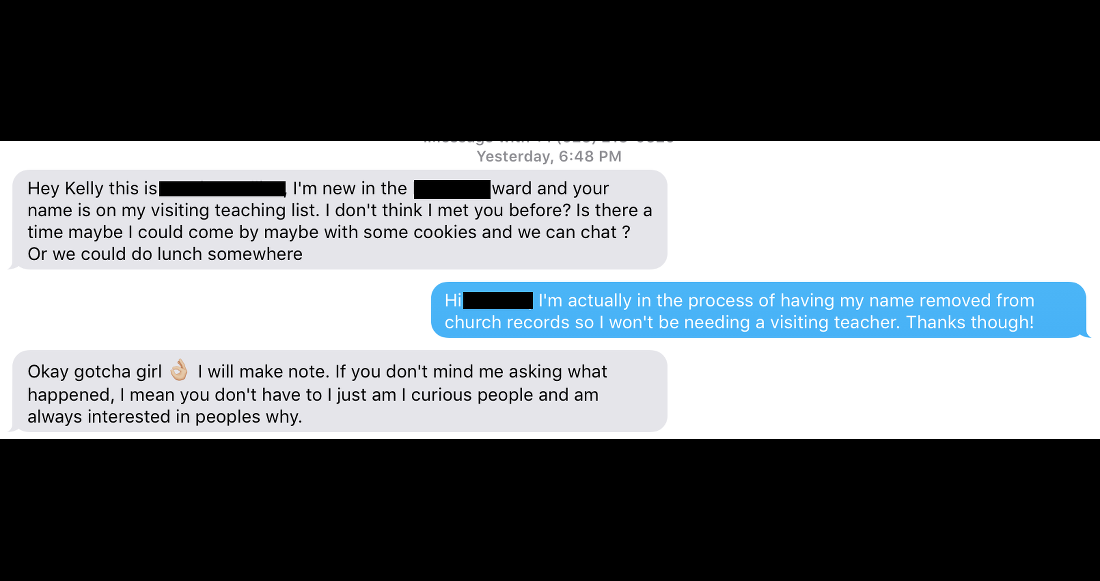