In a Belgian Film, God’s Daughter Gets Back At Him By Telling the Whole World Their Deathdates December 12, 2016 Hemant Mehta

In a Belgian Film, God’s Daughter Gets Back At Him By Telling the Whole World Their Deathdates

In a Belgian film called The Brand New Testament by filmmaker Jaco Van Dormael, God is portrayed as a mean recluse from Brussels whose daughter — no one ever cares about God’s daughter — sneaks into His office, gets into His computer, and sends text messages to everyone in the world telling them the exact time of their death.

You can imagine the inevitable chaos and self-reflection. 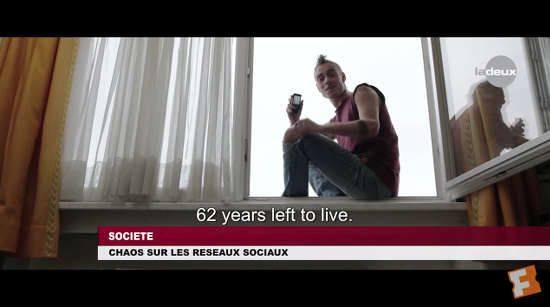 The film just opened over the weekend in the U.S. in a handful of locations (though it’s been out in Europe for nearly a year).

What I love from the trailer is the concept of God, not as a loving deity, but as an everyday curmudgeon. That would at least explain His absurd actions in the Bible — telling a man to kill His son, releasing sin upon the world because someone disobeyed Him, committing genocide, allowing slavery, etc. And while the movie presumes His existence, this idea that people could grow up without fearing Him, because they have a certain bit of knowledge that they traditionally believe only God has, is offered as a welcome alternate reality.

It’s not a far cry from what many atheists believe — not that we can know unknowable information, but that even God doesn’t have a leg up on us.