A Former Orthodox Jewish Woman Explains How She Had to Take Her Panties to a Rabbi for Inspection November 30, 2016 Hemant Mehta

Katia Aryeh, a former Orthodox Jew, writes in an article for Richard Dawkins‘ website about how, in addition to honoring the Sabbath and eating kosher, there was another less-discussed aspect of the faith that was truly disturbing: Niddah.

It’s a practice that says women have to be “clean” following their periods before they can have sex with their husbands again. Tradition says seven days after menstruation should be enough, but if there’s any ambiguity about it, don’t worry: Rabbis will check your panties before giving you the green light. 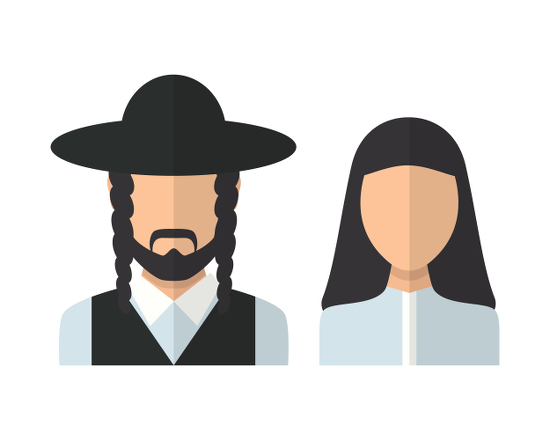 If during the seven days [after menstruation] any of the examination cloths [inserted into the vagina] contain even a tiny spot darker than tan, or a spot on her underwear bigger than a penny and darker than tan, she must take the underwear or cloth to a special rabbi for further evaluation. This Rabbi will then examine the color to determine if it is light enough for her to keep counting, or if it’s too dark or too red tinted such that she must begin counting the seven clean days over, even if it is day 7. Seeing a spot obviously induces massive anxiety for housewives longing for any affection from their husbands, many of whom also worry that their deprived husbands will start looking elsewhere.

Why can’t women just check their own bodies? Because religion, that’s why.

It’s worth noting that not all Orthodox Jewish sects abide by these rules, but the fact that any of them do ought to raise some eyebrows.

Just remember this the next time anyone tries to argue that religion isn’t bad for women.

November 30, 2016
Why Did Christian Apologist Ravi Zacharias Lie About His Academic Credentials?
Next Post

November 30, 2016 Why the Philosophy of Religion Should No Longer Be Taught
Browse Our Archives
What Are Your Thoughts?leave a comment