I joked the other day about Creationist Ken Ham playing Pokémon Go and overreacting to how the creatures “evolve.”

Turns out he’s not alone. Focus on the Family just released a guide to the game for parents, helping them understand what it is, and what they need to look out for, so they can decide if they kids should play it.

On the page with the background information, for example, we learned that “The game involves walking through local neighborhoods and public spaces to find and capture imaginary magical creatures called Pokémon (short for Pocket Monsters).” Also: “Positive aspects of the game include exercise and playing with others.” 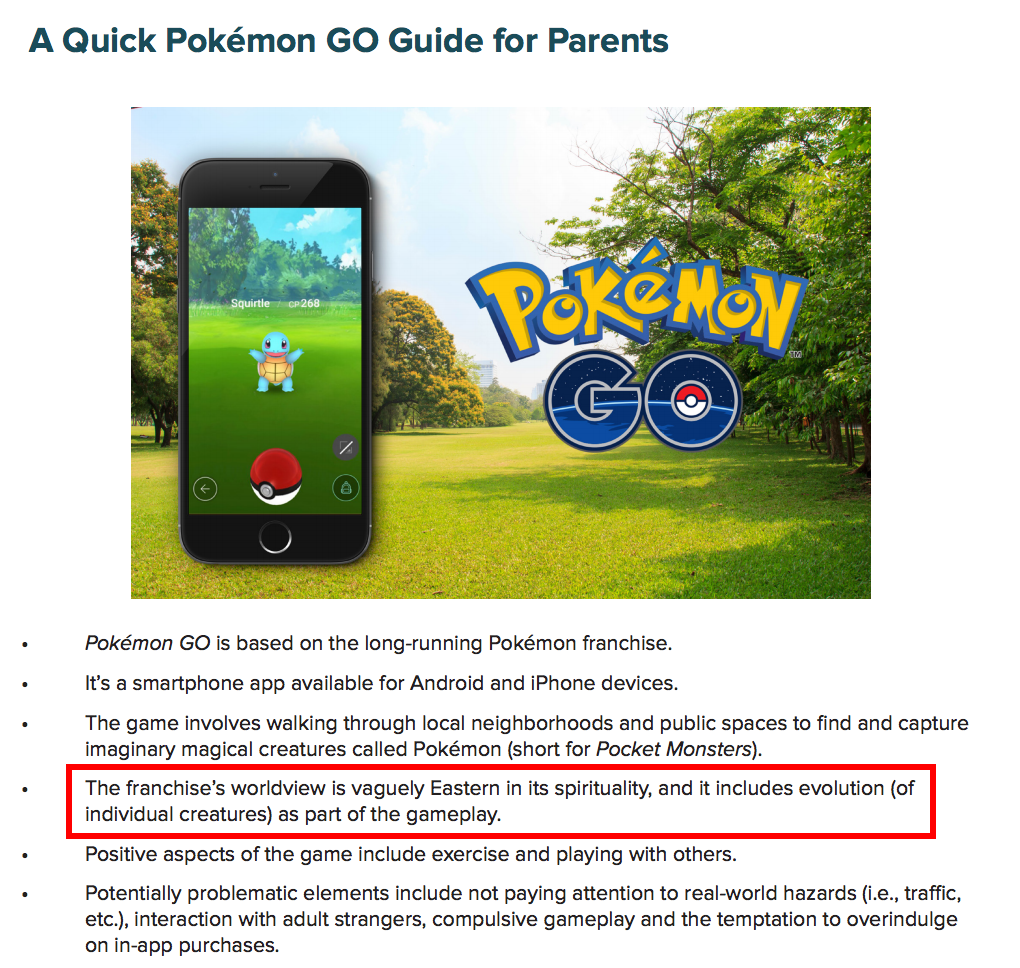 The franchise’s worldview is vaguely Eastern in its spirituality, and it includes evolution (of individual creatures) as part of the gameplay.

It’s not that it’s wrong, per se, but Focus on the Family is including it because they think this is relevant information for people to know. As if this will (or should) guide their judgment.

That means there are parents out there — the ones who complain when public schools offer yoga classes — who will realize the game has something to do with Eastern spirituality and freak out! And there are parents who, like Ken Ham, will find out the game involves “evolution” in some capacity and prevent their kids from playing it.

The guide also includes this advice for parents who let their kids play the game:

Pokémon Go imagines a world full of unseen creatures that battle each other. Parents can use the game as a springboard to discuss the actual spiritual reality that we can’t see.

Sure. That’s what kids are thinking about when they’re playing the game: Jesus and the Devil.

Just let them play. Not every app needs to have a spiritual component, even for religious kids. Sometimes a game is just a game.

July 21, 2016 On Mr. Robot, Elliot Delivers Monologue About How Religions Are "Metastasizing Mind Worms"
Browse Our Archives
What Are Your Thoughts?leave a comment