I wonder where Omar Mateen, who mass-murdered 49 patrons of a Florida gay club early yesterday — the publicized count of 50 includes himself — got the idea that homosexuality is an affront. Couldn’t have been his Muslim father, Seddique Mateen, who condemned the “incident,” after all. Sort of.

The father of the gunman in the Orlando nightclub shooting said early Monday his son shouldn’t have carried out the massacre because “God himself will punish those involved in homosexuality.” 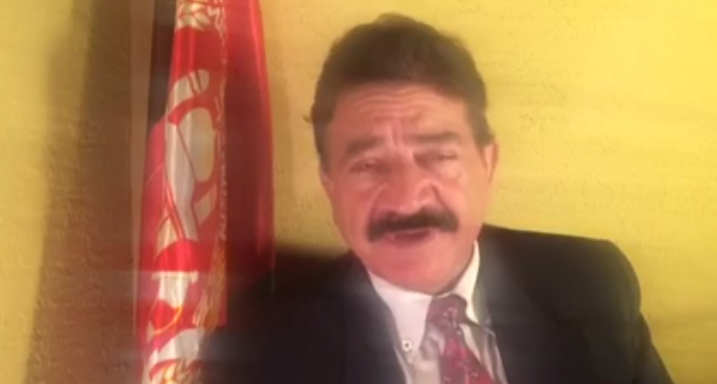 In a video posted to Facebook shortly after midnight, Seddique Mateen, who lives in Florida, called the shooting “tragic” but said his son, Omar Mateen, was “a good son and an educated son.”

“He had a child and a wife, and was very dignified, meaning he had respect for his parents,” Seddique Mateen wrote, standing in front of the flag of his apparent birthplace, Afghanistan. “I don’t know what caused him to shoot last night.”

He added that killing gays “is not for the servants” of God, because that’s God‘s job.

“I am deeply saddened and announce this to the people of America,” said Seddique Mateen, noting his son carried out the attack during the Islamic holy month of Ramadan.

‘Cause that’s the real problem here.

Note that, going by the translation from Dari provided by the Washington Post, the elder Mateen doesn’t actually express sorrow or sympathy for the victims and their loved ones. Maybe in a next video (one can hope).

In another self-recorded appearance,

[Seddique] Mateen expresses gratitude toward the Afghan Taliban, while denouncing the Pakistani government.

“Our brothers in Waziristan, our warrior brothers in [the] Taliban movement and national Afghan Taliban are rising up,” he said. “Inshallah the Durand Line issue will be solved soon.”

According to CBS, his son

… called 911 just prior to the attack and pledged allegiance to ISIS. … Mateen identified himself to the 911 operator and also mentioned the Tsarnaev brothers, who were behind the Boston Marathon bombings in 2013.

NBC reports that Seddique Mateen insists nonetheless that religion has nothing to do with the massacre, and that his son may have been motivated by, at some point, having seen two men kissing where his wife and young child could see them.

Omar Mateen was born in New York and has lived in the United States his whole life. The father, who has also lived in the U.S. for decades, has traveled back to his native Afghanistan occasionally, and regards himself as a man of influence and power in that country. In a series of YouTube videos, he claims to be “an important Afghan analyst and leader,” says the Washington Post.

Hours before the Orlando massacre, the elder Mateen publicly declared his candidacy for president of Afghanistan and ordered the arrest of five ideological opponents there.

June 13, 2016
Christian Pastor's Message About Orlando Massacre: Don't "Say It's a Tragedy, Because It's Not"
Next Post