Christian hate-pastor Steven Anderson had a few more words of bigotry to share with us late last night about the Orlando mass shooting at a gay nightclub, after his earlier video celebrated the idea that there were “50 less pedophiles in this world.”

This time, he criticized other Christians who dared to show any empathy for the people who were murdered in the massacre. 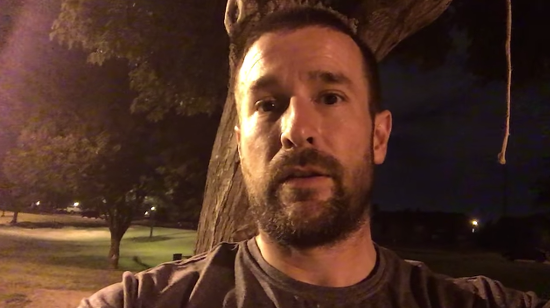 [Edit: The original video was taken down by YouTube, but I uploaded a mirror.]

… it seems that so many Christians today are sympathizing with the sodomites who were destroyed in this nightclub shooting, in this terror attack. Why would we sympathize with, or feel bad for, or “oh, I feel so sad for the victims and their families”?…

… we’re supposed to sympathize with that. Well, frankly, I’m not sad about it at all. I don’t condone violence, I never have… but I’m not gonna sit here and cry about it and say it’s a tragedy, because it’s not…

Anderson says he doesn’t condone violence, but if someone else does the killing, I guess it’s perfectly okay.

I know many Christians don’t like the fact that I’m posting what this guy says, as if he’s “not a True Christian,” but the problem here isn’t Anderson. The problem is that the same Bible they all use contains all the passages Anderson needs to form the foundation for his hate speech.

If other Christians want to dismiss him, they should also be prepared to admit the Bible isn’t the good book they think it is. Because a better book would make explicitly clear that LGBT people deserve respect, love, and equality.