The Lead Singer of a Christian Metal Band Just Came Out As An Atheist May 22, 2016 Hemant Mehta

The Order of Elijah is a metalcore band out of Missouri that’s ostensibly Christian. When their album Dethrone came out in 2013, they even told one publication that the name was a reference to Satan, “an enemy of ours who we will stop at nothing to kill.” 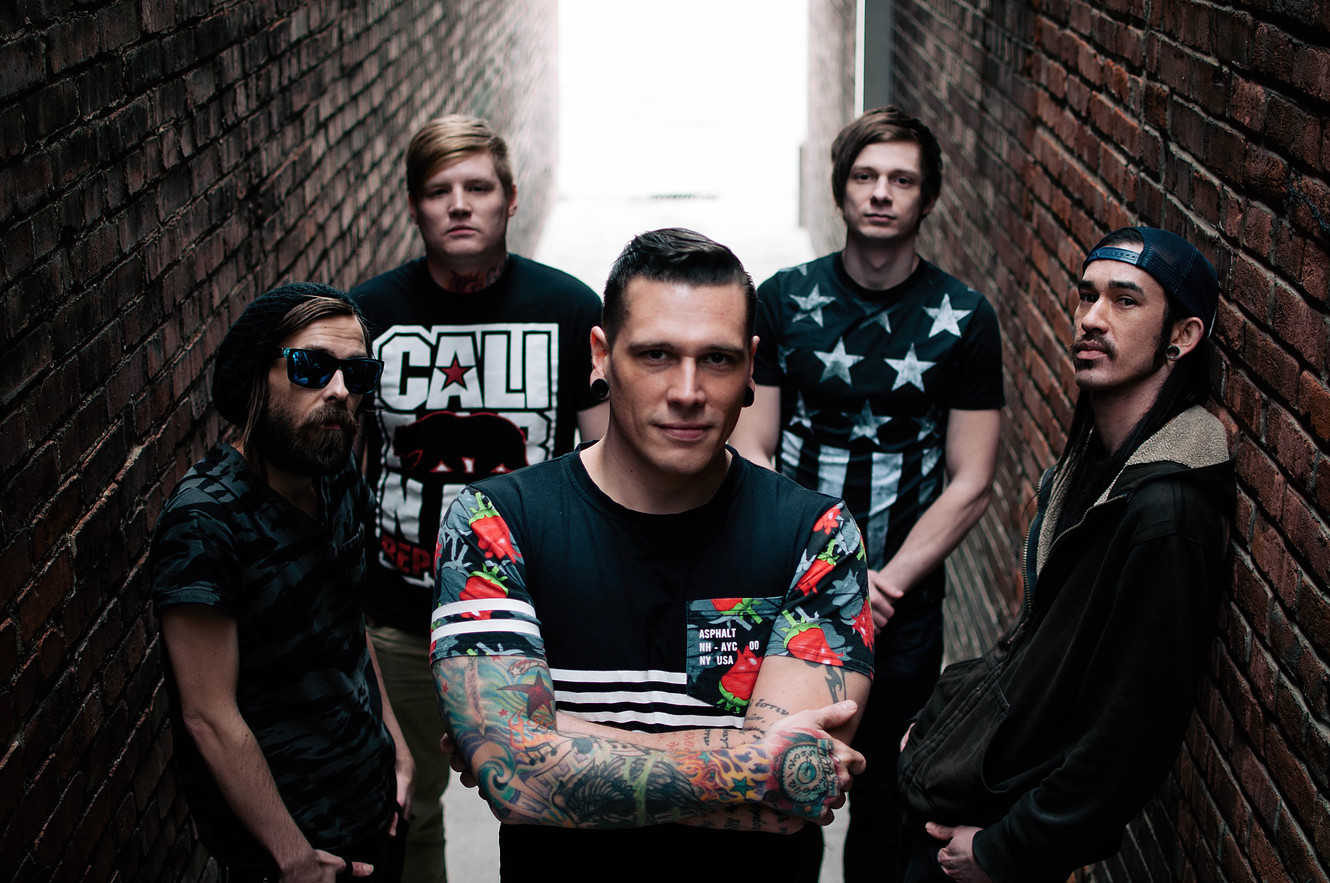 When they were asked outright if they were a Christian band, every band member gave an enthusiastic, affirmative response at the time:

Would you consider The Order of Elijah a Christian band? Why or why not?

[Guitarist Myk Lee]: Yes. We are most definitely a Christian band. We all follow the teachings of Christ and try to spread that message without all the preaching that tends to drive most people away from the idea.

[Bassist Shane Ross]: Definitely. Many of us attend the same church. Our lyrics attempt to illuminate Christian beliefs and values. We have a shirt design that states we are Christians quite boldly. In fact, our very name is based on one of the prophets.

[Drummer Josh Newlon]: We are real people and not afraid to fight for what we believe in. We will push His message as far as this roller coaster will take us.

[Lead Singer Shannon Low]: Many other Christians don’t seem to consider us so due to the harshness of lyrical content and our lack of shame for who we are. God gave me the heart of a warrior so it’s in my nature to wage war.

[Guitarist Bryan Cox]: Even though we have no denomination we try our best to follow the footsteps of Jesus Christ.

So maybe their deathcore/metalcore music didn’t fit any Christian stereotype, but they were making music for Jesus.

But last year, that began to change. They moved from a Christian record label to a secular one. And quietly, most of the band members began to shed their faith.

Yesterday, lead singer Shannon Low went a step further. He announced on Facebook that he had become an atheist over the past year:

How did that happen? His post explained how, after a rough year involving a divorce and alcoholism, he returned to church only to see all those Bible stories in a new light:

One Sunday morning there was a sermon that spoke about Elisha and the bears. After a large group of children make fun of Elisha for being bald he curses them in the name of god (which I thought was a commandment not to do). God sends out two female bears to rip the kids apart limb from limb. Now this story disturbed me. I thought “I’ve read the whole bible, how did I overlook this?” So I began asking some questions and found each person had a different apologetic answer for this story. Some said “You don’t understand, calling someone bald back then was horrible.” or “You need to realize these children were heretics and needed to die so their seed didn’t spread.”

That wasn’t the only disturbing passage he came across. And every time, he found Christians rationalizing the awful behavior instead of denouncing it. But he still held tight to his positive image of Jesus.

In time, even that began to fade:

… I never knew that the earliest gospel wasn’t written until half a century after Christ supposedly died, or that Paul never read any gospels, or that there isn’t even any evidence from that time that Jesus existed.

that’s when he started exploring atheism:

I picked up a book called The God Delusion which talks about how all of this chaotic puzzle adds up, it answered so many questions that my Christian friends would literally get furious for me to even address.

And he noticed the religious hypocrisy we point out so often on this site:

I would see these same Christians publicly calling my other friends “abominations” for being gay. The pastors making millions with feel-good sermons and theatrics, the abortion clinics being bombed, children dying because their parents insist on using faith healing, the barbarism of middle eastern Islam, the list goes on…. all of this cruelty justified by each particular sect in the name of their god’s love. Who’s god? Religion’s bad attributes began outweighing it’s good.

Eventually, he shed his faith entirely:

So here we are today. Look, I love you guys and I’m sorry I’m not a Christian anymore. This is honestly me completely coming out of the faith closet, I tried to avoid throwing all my mental baggage into the road but you guys very important to me and the rest of the TOOE crew. I’m not looking to debate anyone in the comments or anything. I understand that apostasy is highly shunned upon, you guys just deserve to know the whole truth.

It’s a bold move right before embarking on a multi-city trip to promote their new album, but I guess when you name it the “God’s Unwanted” tour, you can read that phrase as less about the band members and more as a proclamation.

I asked Low last night what his band members thought about his post. He told me he had their support in full, joking that their “conversations on tour are much different now.”

What about the fans, though? Were they as supportive?

Not all of them. But the transition has also brought in some new ones:

Some people have already declared… things such as ripping out posters off their walls, breaking our CDs in two, vulgar messages, deleting us from their music, and hundreds of dislikes from the page. Especially after we took a stand for LGBT equality lol. Although, while its thinned out the zealots it has brought a lot of new opened minded fans. Many who have reached out to us about having the same doubts but have nobody to talk to. Most with the same fears that they will be shunned by their family or peers. I think it will be a transitional process, but separating myself from Christianity has been a great decision.

Give the band credit: They could’ve kept playing the Christian circuit, but they chose honesty and integrity instead.

You can check out their tour schedule and leave some kind words over at their Facebook page.

May 22, 2016
This Fox News Conversation About the New Pledge of Allegiance Law in Florida is Infuriating
Next Post