We’ve heard of acid attacks against Muslim girls and women who have drain cleaner or similar substances splashed in their face when they smile at a man who isn’t their husband, or who don’t return romantic affection, or who disobey Allah and the will of the clan.

ISIS has just raised that already-unspeakable cruelty to a whole new level. 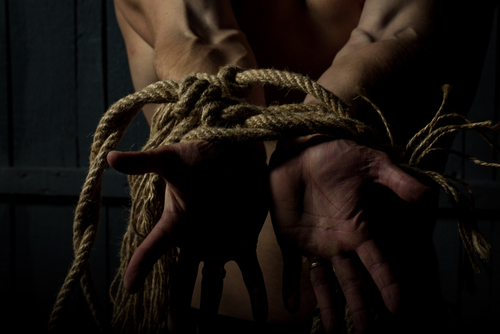 Via the Toronto Sun:

ISIS executed 25 alleged spies in Mosul by lowering them into a huge vat of nitric acid, according to several news reports. A witness to the gruesome killings told IraqiNews.com that each man was tied up with a rope then “lowered in the tub … until the victim’s organs dissolved.”

Nitric acid is a highly corrosive mineral acid used in fertilizer and rocket fuel, and also used for etching steel. Even a drop will burn through skin and requires instant treatment.

The brutal executions appear to be a new way ISIS is attempting to keep control of its conquered citizens through fear — even as its conquered territories shrink through several recent military losses.

ISIS has previously used metal cages to burn and drown enemies. And now, full-body acid baths — all in the name of Allah, the most merciful.

May 22, 2016
The Lead Singer of a Christian Metal Band Just Came Out As An Atheist
Next Post