For Decades, This Christian Surgeon Raped His Way Through One Bangladesh Mission Hospital May 20, 2016 Terry Firma

For Decades, This Christian Surgeon Raped His Way Through One Bangladesh Mission Hospital

It can be hard to tell the child-raping Christian missionaries apart after a while, so let me assure you: No, you haven’t read this post before.

Gerald Campbell, whom we featured yesterday, “only” assaulted eight victims, in Malawi. Today’s paragon of godly virtue, Donn Ketcham, made Bangladesh his hunting ground, and he notched his belt with at least 23, um, conquests — 18 of whom were underage. There are credible accusations that Ketcham drugged some of his victims before raping them.

A recent 280-page report by Professional Investigators International (Pii) reveals how Ketcham, a medical missionary for the Association of Baptists for World Evangelism (ABWE) from 1961 to 1989, spent decades sexually abusing women and girls. Pii, hired by ABWE, conducted more than 200 interviews to get to the bottom of the long-swirling accusations against Ketcham, and, during the years-long probe, reviewed more than 14,000 pages of documents.

Here’s what Pii unearthed, according to a lengthy account of Ketcham’s exploits in Christianity Today. 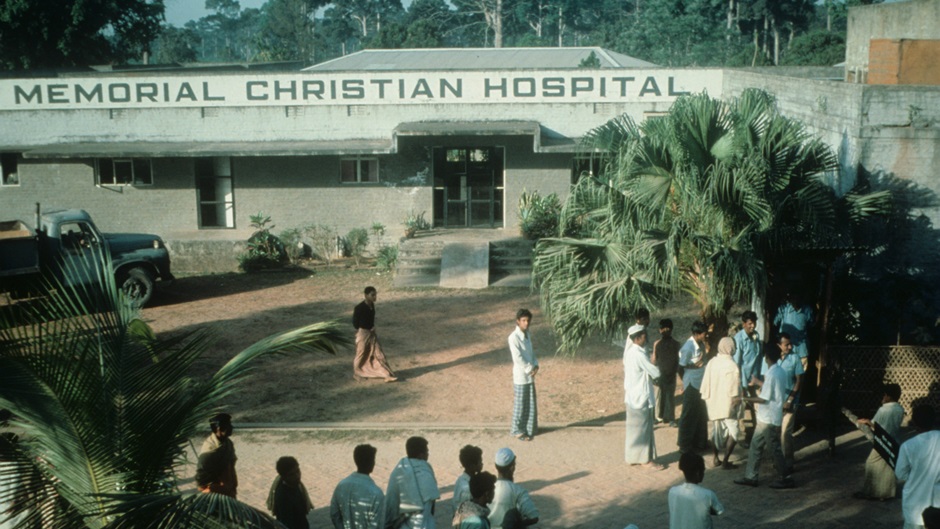 In the 1960s, Ketcham and his wife were dispatched to the then brand-new Memorial Christian Hospital (MCH) in Malumghat, Bangladesh.

The first red flag that ABWE staff saw was Ketcham’s “inappropriate sexual humor and overflirtatiousness,” which led to the first of several extramarital affairs with single ABWE missionaries who were stationed with him in Bangladesh. Ketcham’s colleagues reported his flirting and affair to their superiors in 1973, and the Bangladesh Field Council sent ABWE’s home office a letter listing 19 points of concern about his behavior. They said they didn’t want him to return unless he completed counseling.

So ABWE’s then-president Wendell Kempton had two telephone conversations and one in-person talk with Ketcham about his behavior, then sent him back to the field. The single missionary woman with whom he had the affair was not allowed to return. After returning to the field, Ketcham seemed to be on his “best behavior,” fellow missionaries reported.

But “the medical records and testimony from the victims indicate that this was the peak period of Donn Ketcham’s sexual abuse of young girls under the guise of medical care,” according to the Pii report.

When you’re a physician — one on a mission from God, no less — you have all kinds of ways to get into girls’ panties.

Ketcham examined minors without a nurse or parent present, conducted unnecessary pelvic exams of young girls, and measured the breast development of girls as young as nine. One missionary mom recalled that Ketcham’s breast exams of her teen daughters seemed “to go on and on,” while several victims experienced losing large chunks of time when they were with Ketcham. They wonder if they were drugged. (The report suggests Ketamine, a disassociative anesthetic often used at MCH.)

In the mid-eighties, ABWE officials mandated that Ketcham undergo 30 counseling sessions, after word leaked that he’d begun another extramarital affair. Also, he could no longer practice medicine at Memorial Christian Hospital, Ketcham was told. But

… he often returned to fill in.

It’s almost understandable. Where else would a serial rapist have such easy access to a never-ending supply of druggable girls?

Ketcham returned to the United States for furlough, attended 17 of the required 30 counseling sessions ABWE assigned him to, and was cleared again to return to the field. Kempton and other leaders called the affair “an incident of indiscretion.”

Back in Bangladesh, Ketcham began tutoring the 13-year-old daughter of a fellow missionary couple. But in addition to math, he taught her how to French kiss and how to stimulate her body and his.

That was it, as far as ABWE was concerned. The organization pinkslipped the good doctor.

But first, it “strongly encouraged” the girl to sign a confession, without her parents’ knowledge, that she “participated in a physical relationship with Dr. Don [sic] that transgressed God’s Word and was not pleasing to him.” … ABWE compounded its error by questioning the girl extensively over two days to confirm her story.

Other errors, according to Pii investigators, included ABWE’s choice to mask the reason for Ketcham’s dismissal under the general term immorality; when he returned to his home church, he was allowed to teach Sunday school.

ABWE also didn’t report Ketcham to legal authorities in Bangladesh or in the United States; he continued to practice medicine in Grand Rapids, Michigan, until 2012,

… when he surrendered his license at age 82.

Oh, and it seems that the apple didn’t fall far from the tree:

In the spring of 2011, when ABWE’s top brass finally hired an investigative firm (which didn’t happen until Ketcham survivors forced the issue with a revealing blog), some ABWE employees still behaved dishonorably. Legal coordinator Nancy Anderson deliberately obstructed investigators under the direction of ABWE lawyer Robert Showers, hiding thousands of pages of relevant documents. The two have since been fired.

We are told, via Christianity Today, that

[t]he missions agency has paid for counseling for some of the victims, issued a formal public apology, removed anyone who obstructed the investigation, and changed its policies,

will not accept even a hint of a mistake when it comes to child abuse.

“It is our hope that God will allow us to fix some things.”

Me, I wish Cockrell’s God had been there when Ketcham drugged and raped at least 23 women and girls. I’m no theologian, but maybe the Lord could have even, I dunno, intervened?

May 20, 2016
Atheist Benefactor Helps University of Miami Fund Chair for the Study of Atheism
Next Post

May 20, 2016 Kim Davis: I Ignored the Supreme Court Decision Because "That's Not a Law, That's a Ruling"
Browse Our Archives
What Are Your Thoughts?leave a comment