Parodies That Aren’t: Christian Singer Rewrites the Lyrics of Classic Songs To Give Praise To God April 21, 2016 Terry Firma

Parodies That Aren’t: Christian Singer Rewrites the Lyrics of Classic Songs To Give Praise To God

We saw earlier today that some Christians have a hard time understanding what “parody” means.

Merriam-Webster to the rescue: a parody is

a literary or musical work in which the style of an author or work is closely imitated for comic effect or in ridicule.

At the risk of sounding pedantic, here’s what parody isn’t: covering famous songs note for note while substituting new lyrics that exalt Jesus.

But that’s precisely what the incorrectly named TheParodyQueen makes a habit of doing. 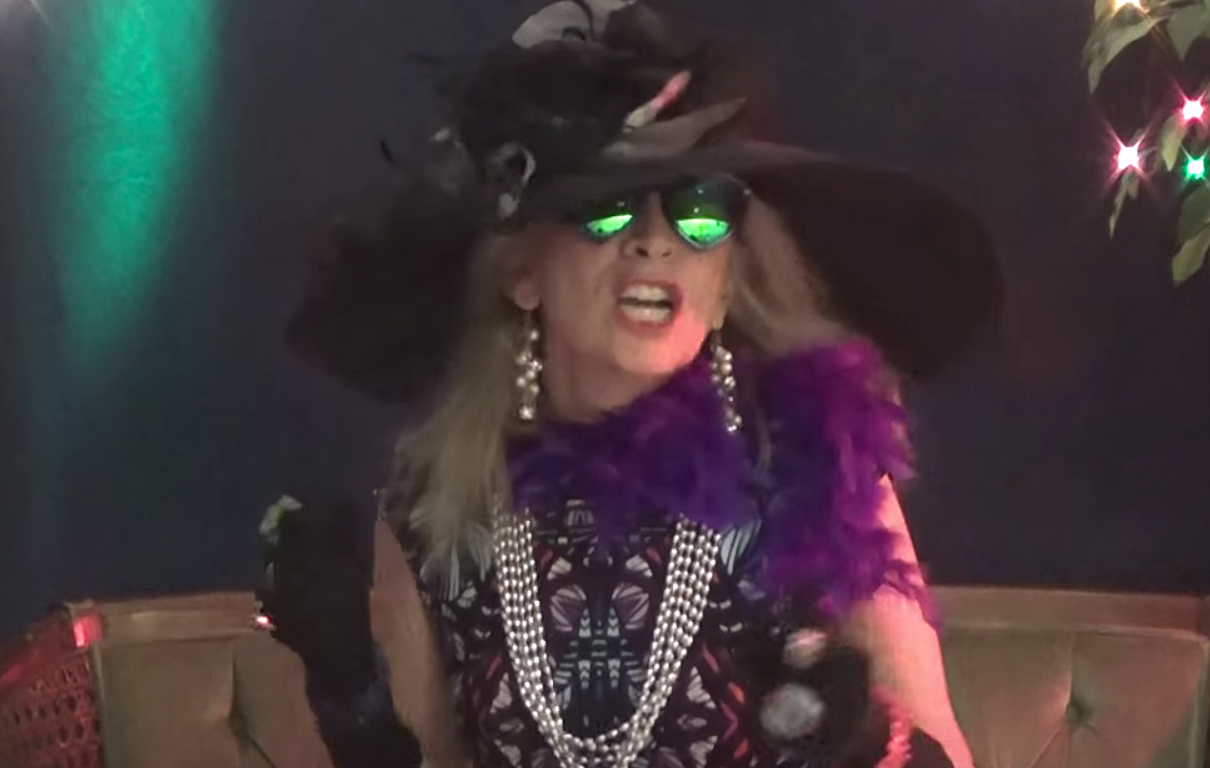 Describing herself as “a wacky blonde who loves writing parodies of all genres with Christian lyrics,” she started a so far lightly-trafficked YouTube channel a month ago, and has been steadily filling it with pop and rock classics that sound just like the original, except for the words. Thus, Led Zeppelin’s “Stairway to Heaven” becomes a love song to Christ retitled “Only Way To Heaven“; the Bee Gees’ “Stayin’ Alive” gets remade into the self-explanatory “He Is Alive“; and Gloria Gaynor‘s “I Will Survive” is lyrically transformed into a disco hymn named “He Will Provide.”

As far as musical craft and recording technique goes, it’s actually a very good facsimile of the original Bowie track, so I can admire the whole thing at least on that level. I can also appreciate that this is the kind of Christian outreach that hurts no one except, perhaps, a schoolmarmish stickler for the idea that words are supposed to have well-defined meanings. (Sheepishly raises hand.)

To me, the loopy cover versions recorded by Weird Al Yankovic were rarely more than moderately amusing, but at least Yankovic always understood that a parody should have a comedic point; it’s supposed to make light of something or someone — and he reliably did. TheParodyQueen, oddly, bypasses that whole “it’s gotta be funny” requirement.

Being a skeptical sort, I do wonder if the Jesus-celebrating re-recordings are perhaps only packaged as parody to get around copyright law. Parody falls under the law’s fair use provision. By contrast, if parody is not in play, there could be costly legal consequences for covering someone else’s hit song “straight up” while simultaneously turning it into a new derivative work merely by altering the well-known words.

Considering TheParodyQueen’s low visitor numbers, I doubt that lawyers for the original artists are champing at the bit to come after her. But if her efforts become more widely talked about, or more overtly commercial (she’s already selling her tracks on CD Baby), some heavyweight legal beagles might indeed want a word with her.

April 21, 2016 Now Available: Christian Mythology for Kids, a Book for Atheist Parents
Browse Our Archives
What Are Your Thoughts?leave a comment