Bryan Fischer Says of the Bible, “Do. Not. Doubt. This. Book”… While Sharing a Faith-Based Hoax April 21, 2016 Hemant Mehta

Bryan Fischer Says of the Bible, “Do. Not. Doubt. This. Book”… While Sharing a Faith-Based Hoax

And he made sure to reiterate where this information was coming from in case there were any concerns: 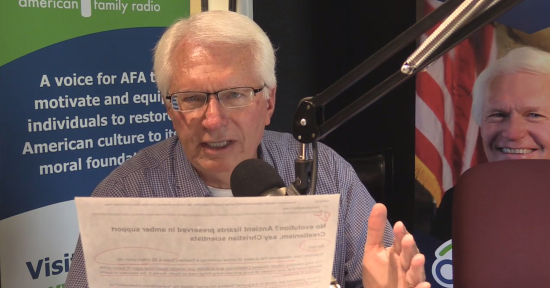 “Here’s a story from Reuters to start the program off today about the creation/evolution controversy; this is Reuters, now, this is not a press release from the American Family Association or from the Institute for Creation Research, this is a Reuters piece on ChristianToday.com.”

“Listen to this,” Fischer declared as he began to read the article. “‘The long-standing debate between Creationism and evolution just recently tipped once again in favor of the biblical belief that God created all living and non-living things here on Earth, thanks to the discovery of lizards encased in ambers.'”

Reuters, of course, is the international news agency with a solid reputation. If they’re reporting this, it’s worth taking seriously…

But this is Bryan Fischer. He doesn’t do research. He doesn’t care about getting stories right. If it suits his narrative, he’s running with it. You have to question anything that comes out of his mouth because being honest isn’t a value he holds dear.

And wouldn’t you know it? That story didn’t come from Reuters at all. Only the image used in the Christian Today article came from Reuters, not the content. 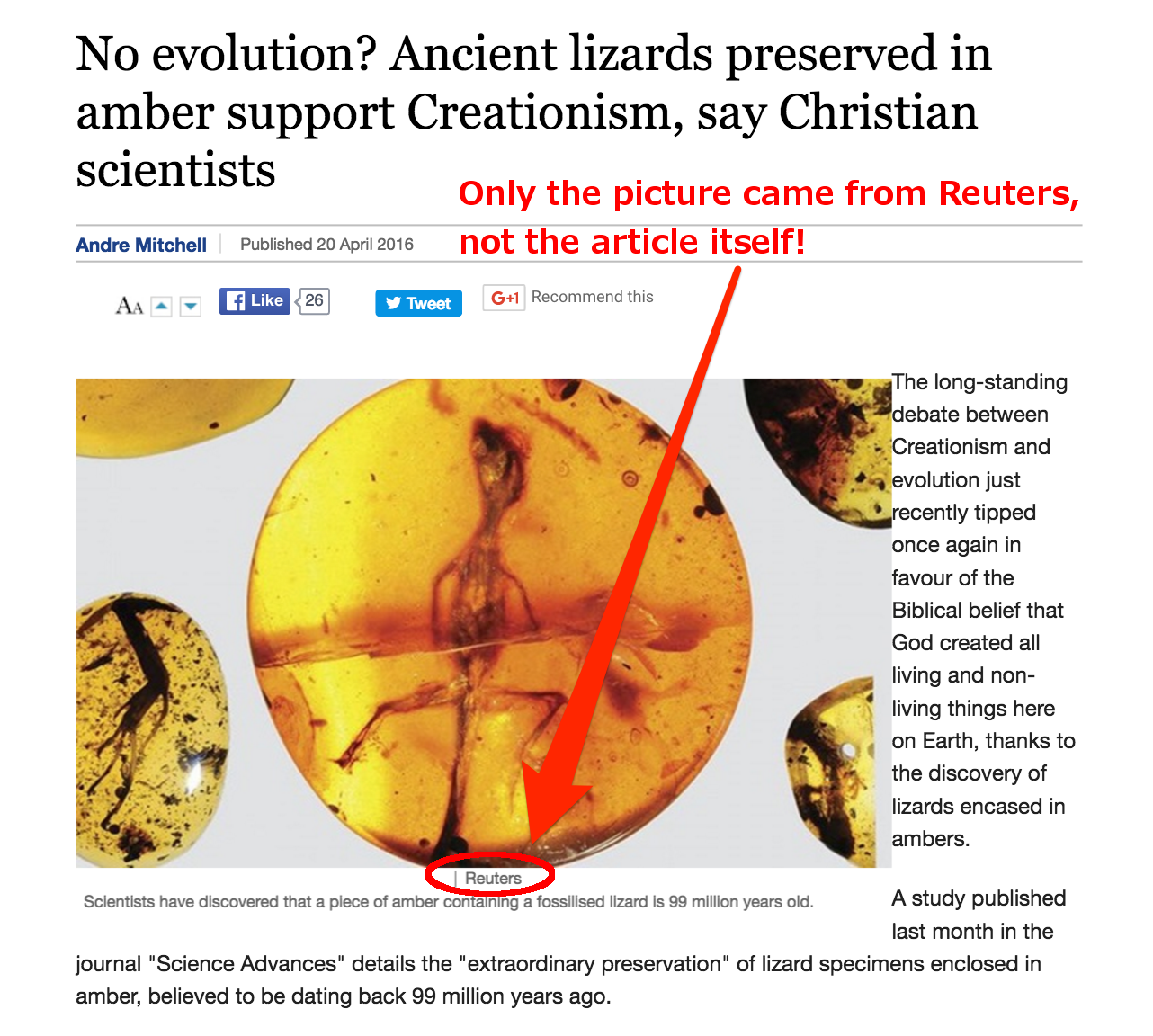 Not that Fischer noticed. He was praising the article left and right — well, except for the part about how certain lizard specimens were an estimated 99 million years old.

That says everything about how warped worldview, doesn’t it? When confronted with the scientific evidence, Fischer stuck by his myth. The Bible didn’t permit him to accept reality.

And how did he begin this segment? By saying of the Bible:

“Ladies and gentlemen,” he concluded. “Do. Not. Doubt. This. Book.”

Riiiiight. Even though his faith in that book led him to accept a complete lie.

Fischer inadvertently gave us a perfect example of why doubting the Bible is exactly what we should be doing. The Bible doesn’t have all the answers. We’re always better off thinking critically about information than blindly accepting it just because it conforms with our beliefs.