James Watson, the Nobel Prize-winning scientist known for discovering the structure of DNA with Francis Crick, has an excellent essay at TIME all about his faith.

That faith isn’t in religion, though, but rather humanity and the people who strive to make this world a better place. 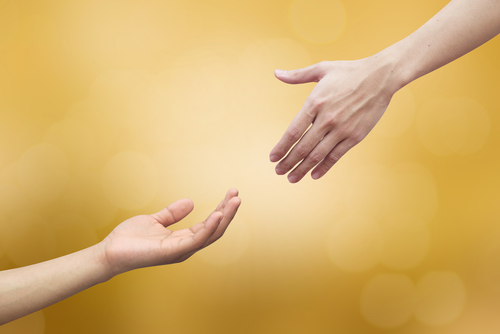 … I was surprised when I was recently asked about the role that faith had played in my life. The obvious sincerity of the questioner demanded more than a reply that I am a lifelong atheist. I answered that faith was essential to my life, but it was not faith in an all-powerful, life-instructions-providing God. Instead, I place my faith in the unchanging, universal aspects of human nature that have allowed us to work together as social animals to constantly improve our existence.

Increasingly, religious sermons must embrace the moral challenges of the present and address the need for more leaders like Jesus who encourage us to be more altruistic than selfish. Hopefully Pope Francis, as today’s truly super hero of the world’s downtrodden, will have many more years to project his Jesus-like calls for Mercy.

The headline for the piece is “Nobel Scientist: I Place My Faith in Human Gods.” But it should be noted that Watson likely had nothing to do with that headline. He certainly didn’t use the phrase “Human Gods” anywhere in the essay.

Inevitably, when you mention Watson’s name, there are people who will point out his long history of saying really horrible things. They’re not wrong to criticize him; if you don’t know what I’m talking about, you’re in for a surprise. But this essay, at least, seems worthwhile on its own.

And on that note, at the very end of the piece, he mentions making a $1,000 contribution to Bernie Sanders‘ campaign. Can we assume that means he’s no longer having financial difficulties?