The Twisted Theology Behind Why Mormons Don’t Drink Coca-Cola

A lot of Mormons don’t drink Coca-Cola — or any other caffeinated beverages — because they believe it’s forbidden under their faith. But NPR recently spoke with a Mormon historian to figure out why that’s the case. Is soda really banned? If so, what’s the rationale? 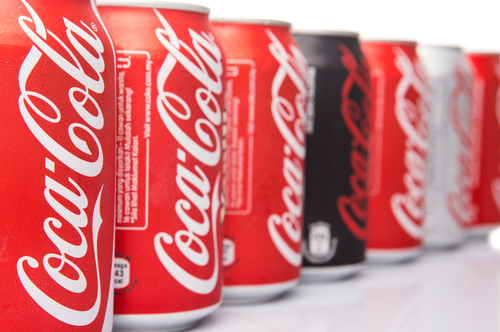 What they point out is that no such ban actually exists. And it’s fascinating to see why many Mormons think there’s one in effect, and why that belief still persists:

HOST MICHEL MARTIN: [Historian Matthew] Bowman says it goes back to Mormon Prophet Joseph Smith, who said he received a revelation from God forbidding Mormons to consume hot drinks, alcohol, tobacco or too much meat. Over the years, the meaning of hot drinks has come to mean tea and coffee.

BOWMAN: But many Mormons who read this as a health code look at tea and coffee and say well, what do these things have in common? And the conclusion is caffeine. So many Mormons then will say well, we should not drink any caffeinated beverages.

To summarize: Joseph Smith said no to hot drinks. The most popular hot drinks have caffeine. So Mormons began avoiding anything with caffeine in it. And that’s why many of them don’t drink soda. Even though there’s nothing wrong with soda.

The Mormon Church freely admits there’s no such ban, and yet the aversion remains because the belief is so strong.

It’s been said before, but religion is nothing but a giant game of telephone. By the time the first statement makes its way to the end of the line, it barely resembles the original.

This is a perfect example of how that happens — how irrational religious beliefs take shape.

January 4, 2016 The Harm Caused by Religion in 2015
Browse Our Archives
What Are Your Thoughts?leave a comment