Creationist Kent Hovind: The Contradictions in the Bible Exist to “Weed Out” the Atheists January 1, 2016 Hemant Mehta

Creationist Kent Hovind: The Contradictions in the Bible Exist to “Weed Out” the Atheists

Creationist Kent Hovind admitted in a video this week that there are indeed contradictions in the Bible… but they’re all part of God’s plan to throw atheists off the scent and bring together the True Believers. 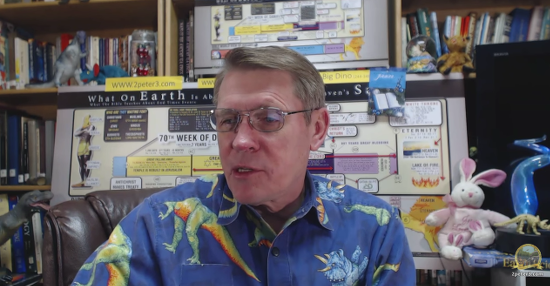 So I would put things in there that would appear, without digging, to be contradictions. I don’t think that’s deceptive, I think that’s wise for the Heavenly Father to weed out those who are really serious.

That… makes no sense. If anything, it’s the people who catch the contradictions who are actually reading the Bible. I’d be more concerned if the True Believers didn’t notice them at all.

Hovind went on to say that he was going to believe the Bible until it was proven wrong. I guess contradictions don’t count, though, since he can just rationalize them away. Makes you wonder what proof he would ever accept.

(via Raw Story. Thanks to Tom for the link)

January 1, 2016
Georgia Pastafarian Will Have to Retake Driver's License Photo Without the Colander on His Head
Next Post