Georgia Pastafarian Will Have to Retake Driver’s License Photo Without the Colander on His Head January 1, 2016 Hemant Mehta

In November, Chris Avino visited his local DMV in Georgia, where (after a few phone calls) he renewed his drivers license while wearing the traditional Pastafarian colander: 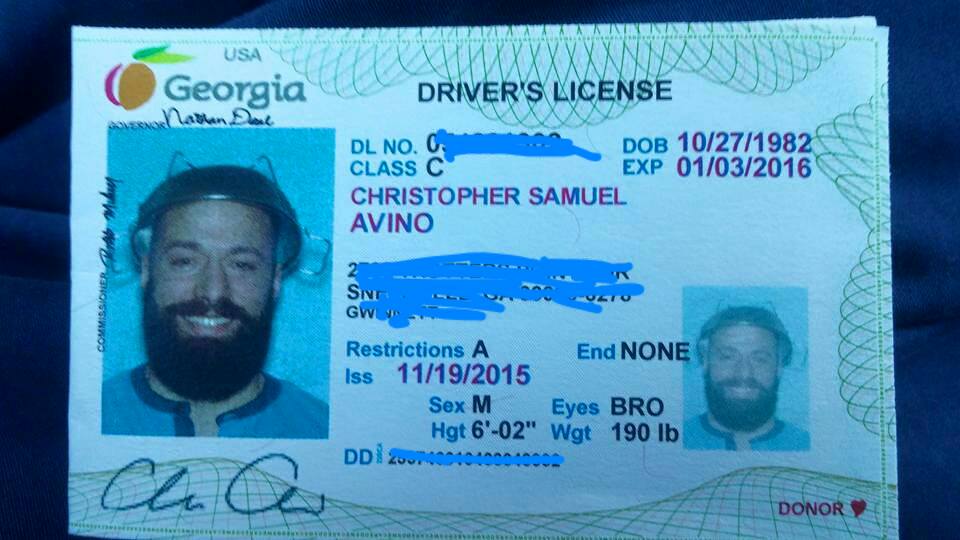 Recently, however, he received a letter in the mail saying that his head covering had been deemed impermissible. He would need to take a new picture without the pasta strainer within 10 days: 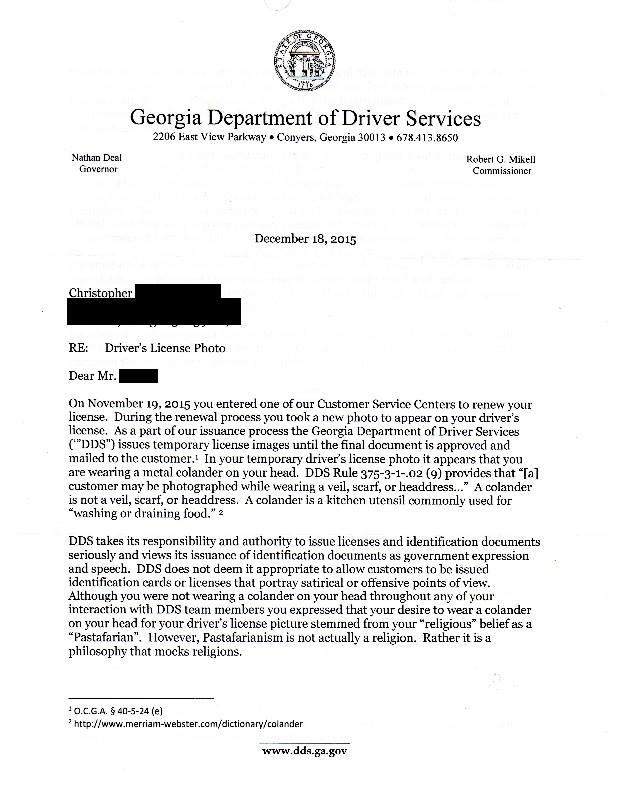 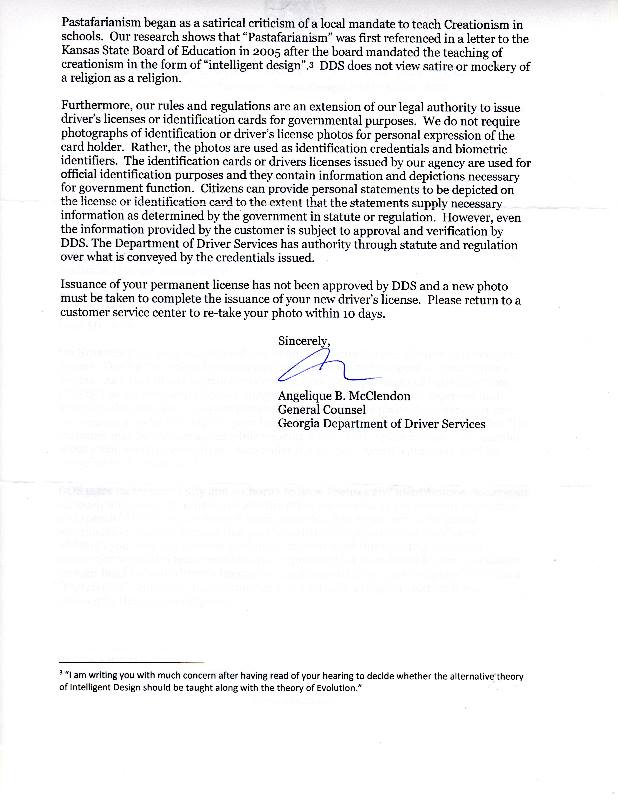 … Pastafarianism is not actually a religion. Rather it is a philosophy that mocks religions.

… DDS does not view satire or mockery of a religion as a religion.

That’s kind of the greatest letter ever…

To be clear, Avino’s entire purpose in doing this was to make the point that the government shouldn’t be in the business of deciding what does and doesn’t count as a religion. One person’s firmly held beliefs is another person’s satire.

He plans to appeal the decision:

… He intends to send a letter back to the state that says his First Amendment rights are being infringed upon.

“I think it’s absurd,” he said. “It’s just as valid as any other religion.”

Michael Perry, a law professor at Emory University who has expertise in religious and constitutional law, said Avino has a better chance of succeeding if he argues free speech than if he claims discrimination on the basis of religion. While it is clear that Pastafarians have a specific belief system, the courts have had trouble defining what, exactly, makes something a religion.

Perry said the decision to disallow the colander was the equivalent of Georgia allowing a “God loves Republicans” hat in photos, but not allowing one that says “God loves Democrats.”

Avino told me yesterday that he has no plans to get his picture retaken: “I work from home, so it won’t be much of a inconvenience for me. And my girlfriend doesn’t mind driving.” He was also surprised and confused to have received the letter from the same person who initially approved his colander. He intends to keep fighting this issue as long as he can.

(Images via Facebook. Thanks to Brian for the link)

January 1, 2016
Women Who Support Public Breastfeeding Should Be Okay with Men Groping Them, Says NH Republican
Next Post