Years Later, a Guest Mocked on Penn & Teller: Bullshit! Tells His Side of the Story November 21, 2015 Hemant Mehta

Years Later, a Guest Mocked on Penn & Teller: Bullshit! Tells His Side of the Story

Several years ago, online personality Maddox appeared on an episode of Penn & Teller: Bullshit!, and much like anyone interviewed for a field piece on The Daily Show, a couple hours of talking on camera was whittled down to a minute or two of sound bites. It didn’t make Maddox look very good.

And since he continues to get emails about that appearance to this day, he decided to share his experience: 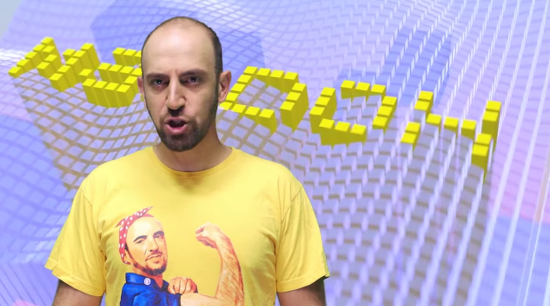 To his credit Penn Jillette responded to the video on Twitter. Sort of:

It’s something to take in stride. Anyone who saw the old Bullshit! show knew that it was more about entertainment than actual debunking, and that meant sacrificing honesty for comedy. It’s more surprising to me that people still think about that appearance and ask Maddox about it.

November 21, 2015
Aliens May Have Played a Role in Human History, Says This Book for Kids
Next Post

November 21, 2015 Secular Invocation Delivered in Volusia County, Florida
Browse Our Archives
What Are Your Thoughts?leave a comment