I’m a Presbyterian Minister Who Doesn’t Believe in God

This is a guest post by John Shuck, a Presbyterian minister. 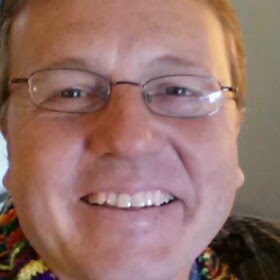 “How can you call yourself a Christian, let alone a minister?!”

Though I self-identify as a Christian and I am an ordained minister in the Presbyterian Church (U.S.A.), I raised eyebrows a few years ago when I posted an article on my website about how my personal beliefs don’t align with those of most Presbyterians.

For example, I believe that:

In short, I regard the symbols of Christianity from a non-supernatural point of view.

And yet, even though I hold those beliefs, I am still a proud minister. But I don’t appreciate being told that I’m not truly a Christian.

Why is that so many people think my affirmations are antithetical to Christianity? I think it is because Christianity has placed all of its eggs in the belief basket. We all have been trained to think that Christianity is about believing things. Its symbols and artifacts (God, Bible, Jesus, Heaven, etc) must be accepted in a certain way. And when times change and these beliefs are no longer credible, the choices we are left with are either rejection or fundamentalism.

I think of Christianity as a culture. It has produced 2,000 years of artifacts: literature, music, art, ethics, architecture, and (yes) beliefs. But cultures evolve and Christianity will have to adapt in order to survive in the modern era.

Many of those paths will be dead ends. As Daniel Dennett once said, the dinosaurs really have not died out because modern birds carry on many of their traits. Similarly, as religions evolve, they may look similar in some respects and quite different in others. You may not even call some of them religions anymore, depending on how you define the word.

I believe one of the newer religious paths could be a “belief-less” Christianity. In this “sect,” one is not required to believe things. One learns and draws upon practices and products of our cultural tradition to create meaning in the present. The last two congregations I have served have huge commitments to equality for LGTBQ people and eco-justice, among other things. They draw from the well of our Christian cultural tradition (and other religious traditions) for encouragement in these efforts. I think a belief-less Christianity can be a positive good for society.

Belief-less Christianity is thriving right now, even as other forms of the faith are falling away rapidly. Many liberal or progressive Christians have already let go or de-emphasized belief in Heaven, that the Bible is literally true, that Jesus is supernatural, and that Christianity is the only way. Yet they still practice what they call Christianity. Instead of traditional beliefs, they emphasize social justice, personal integrity and resilience, and building community. The cultural artifacts serve as resources.

But what about belief in God? Can a belief-less Christianity really survive if God isn’t in the picture? Can you even call that Christianity anymore? In theory, yes. In practice, it is a challenge because “belief in God” seems to be so intractable. However, once people start questioning it and realize that they’re not alone, it becomes much more commonplace.

Since posting my article — and in response to my ministry in general — many have opened up to me that they didn’t believe in God but they liked coming to my church. One young woman, after going through my confirmation class, joined the church. She read her faith statement in front of the congregation. It was a powerful articulation of her social justice commitments in which she added that she didn’t believe in God. The congregation enthusiastically welcomed her, of course.

Personally, even though I don’t believe in God as a supernatural agent or force, many still do. I utilize the symbol “God” in worship. This may be viewed as cheating but since our cultural tradition is filled with images of God, it is near impossible to avoid. As a symbol, I’m not yet ready to let go of God. It is a product of myth-making — I know that — but the symbol incorporates many of our human aspirations. I find that “God” for me is shorthand for all the things for which I long: beauty, truth, healing, and justice. They’re all expressed by this symbol and the stories about it.

Someone quipped that my congregation is BYOG: Bring Your Own God. I use that and invite people to “bring their own God” — or none at all. While the symbol “God” is part of our cultural tradition, you can take it or leave it or redefine it to your liking. That permission to be theological do-it-yourselfers is at the heart of belief-less Christianity.

I understand some Christians may react with hostility and panic to this idea — they already have — but it deserves an honest discussion.

March 17, 2015
Arabic Billboard Goes Up in Memphis to Promote Atheist Conference
Next Post