Five corpses in Utah, including those of three children, were the result of a belief in Biblical end times, police said, discussing fresh autopsy reports that shed light on how the five family members died in September 2014.

Apparently concerned with the “evil in the world” and a pending apocalypse, Benjamin and Kristi Strack took the lives of three of their children and then killed themselves with lethal doses of drugs, Springville police believe.

The children — Benson, 14, Emery, 12, and Zion, 11 — all died of a lethal cocktail of diphenhydramine and methadone. Kristi Strack died of a combination of those drugs plus dextrophan and doxylamine. Benjamin Strack died from toxic levels of heroin, according to a report from the Utah State Medical Examiner’s Office. 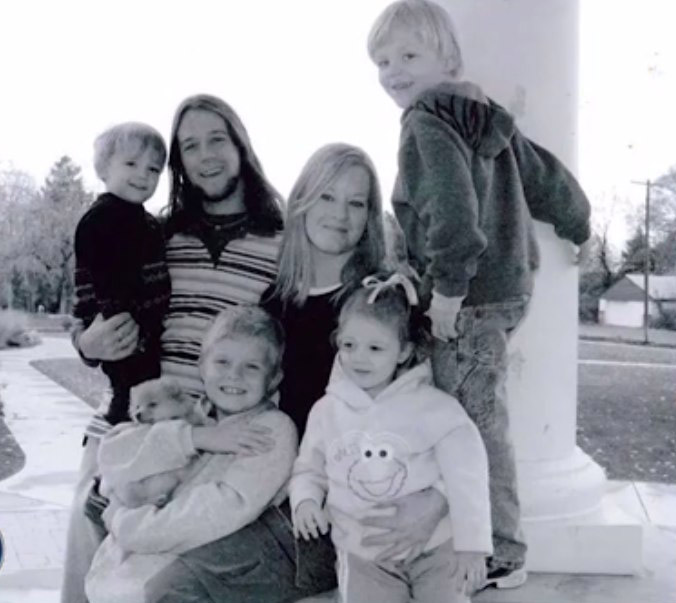 Ben and Krisiti Strack’s deaths were determined to be suicides. The manners of death for Emery and Zion were labeled as homicides because police said they were too young to consent to any type of suicide pact. The death of 14-year-old Benson, who wrote what was thought to be a goodbye letter to a friend prior to his death, was listed as “undetermined.”

Relatives told investigators that “leaving” this world had become a fairly common theme with the Strack family leading up to their deaths. But many believed the Stracks only had plans of moving to a sparsely populated area, such as somewhere in Montana, and living “off the grid.”

Police also found old letters written by [Kristi Strack] to a Utah inmate serving time for killing family members in the name of God, slayings chronicled in the 2003 Jon Krakauer book “Under the Banner of Heaven.” …

During their investigation, police found years-old letters between Kristi Strack and Dan Lafferty, who is serving a life sentence after being convicted of committing a double-murder with his brother Ron. “Under the Banner of Heaven” is about members of an offshoot of The Church of Jesus Christ of Latter-day Saints, told through the true story of the Laffertys’ crimes. The two killed their brother’s wife and 15-month old daughter.

The archives of the New York Times reveal Lafferty’s handiwork:

[N]ow serving a life sentence, [he] has no remorse about the murders and no trouble explaining them. His older brother, Ron, who assisted in the crime and is now on death row, had received a revelation from God mandating that Brenda and Erica Lafferty be “removed” so that, as God put it, “my work might go forward.” Brenda Lafferty, a spunky 24-year-old, had been bad-mouthing polygamy and in other ways impeding the fundamentalist mission that had seized Ron and Dan.

Though he was behind bars, Dan Lafferty grew close enough to Kristi Strack that he wanted her and Ben Strack to take care of his remains after he died.

There are multiple possible factors for the September tragedy, including mental-health issues and a known history of drug abuse. But given the police investigators’ conclusion that “evil in the world” and a coming “apocalypse” were key reasons for the five deaths, religion richly deserves to be put front and center. Sane people do not murder their own children, but religion and insanity often act as each other’s accelerants.

Like diphenhydramine and methadone, it’s a combo that can (and often does) kill.

January 28, 2015
Why Did About.com Invite an Anti-Vaxxer to Be One of Its Health Experts?
Next Post

January 28, 2015 Atheist Activist Cleared of Wrongdoing After Putting Stickers on Ohio Courthouse’s Church Directory
"Good. I’m not gunning for a murder verdict. He should get whatever is appropriate. It ..."
Synfandel TX Man Jailed for Setting Home ..."
"Thanks for your concern.I’m sorry for Mary. I suspect her cognitive dissonance is overwhelming. But ..."
BensNewLogin TX Man Jailed for Setting Home ..."
"The death of a child is quite unlike any other loss. One expects to eventually ..."
She of Penultimate Pulchritude “Psychic Medium” Thomas John Fell for ..."
"Yeah, trump is as much a devout Christian as I am. No wait, he's not ..."
Marly Duran Pastor to Pro-Conspiracy Crowd: “Trump Gave ..."
Browse Our Archives
What Are Your Thoughts?leave a comment