Why Did About.com Invite an Anti-Vaxxer to Be One of Its Health Experts? January 28, 2015 Hemant Mehta

Why Did About.com Invite an Anti-Vaxxer to Be One of Its Health Experts?

In general, I’m a fan of About.com, a site featuring experts in various areas writing about their fields. I have a lot of respect for Austin Cline, who has written a ton of helpful articles about atheism on that site over the years.

But it came to my attention the other day that their Health channel recently brought on Dr. Josh Axe (below) as the “Adrenal Health Expert.” 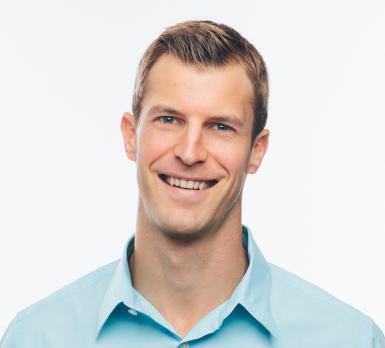 I’ll leave it to others to comment on whether certain herbs can really cure adrenal fatigue… or whether anyone really needed an adrenal health expert in the first place… but here’s the problem with Axe: He bills himself as “an physician” (his typo, not mine), author, and media personality. Maybe his appearances on Dr. Oz should’ve been a sign that his scientific credentials weren’t up to par, or maybe it’s all the “natural remedies” he sells, but there’s a bigger smoking gun on his personal website.

Turns out he has a whole page warning you against the supposed dangers of vaccines:

There has been much research investigating the ingredients and preservatives used in vaccines. As you will see below, many of them are dangerous and should be avoided in my opinion…

Former director of the National Institutes of Health Dr. Bernadine Healy told a CBS news correspondent that the government needs to investigate why some children developed autistic symptoms after being vaccinated. She says that it is biologically possible that vaccines could trigger autism.

It goes on like that for a while. Axe would likely tell you he’s not advocating against vaccines, merely presenting “both sides” of the story. But there aren’t two sides to this. There’s the side based on fear, paranoia, and Jenny McCarthy… and the side based on science, which says there is absolutely no evidence whatsoever of a link between vaccines and autism — and that vaccines are overwhelmingly beneficial.

If you’re an expert in science, you should be on the front lines of convincing people to give their children the necessary vaccines, not perpetuating a myth and confusing them by suggesting there’s any validity to the vaccine-deniers. It makes as much sense as inviting a Creationist to be your Biology expert.

I thought About.com had higher standards than that. Clearly, I was wrong.

I sent the website an email Monday afternoon asking why they would bring Axe onboard as a science “expert” given his harmful position on a very important subject… and they haven’t gotten back to me yet. I’ll keep you updated.

January 28, 2015
Wooden Sign Featuring Old Testament Verse Returns to Michigan Park a Month After It Was Taken Down
Next Post