This Video Was Only Supposed to Be Seen by Those “Left Behind” After the Rapture October 4, 2014 Rachel Ford

***Update***: According to IMDB, it appears this video is inspired by the Left Behind series, and “Pastor Billings” is an actor. That said, the message is nonetheless hilarious.

Just in case the release of Left Behind isn’t enough Rapture-y goodness for you heathens, video site Everything is Terrible! has got you covered. The site, which highlights humorous, terrible, and/or bizarre videos from the VHS era, is about to wrap up its celebration of Rapture Week!

One of the more delightful finds on their Facebook page is a video by New Hope Village Church, starring Pastor Vernon Billings. AV Club describes it as “17 minutes of fear tactic fun.” 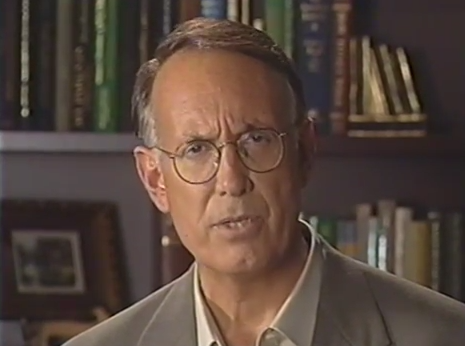 It’s a pretty accurate description. The video was ostensibly meant to be viewed by those “left behind.” Pastor Billings introduces it by commiserating with the sorry heathen (he is, naturally, “confident” that he’ll be gone):

I can only imagine the fear and the despair that you face, for this is being recorded for viewing only after the disappearance of God’s people from the earth. The fact that you are watching indicates that you have been left behind.

At any rate, Pastor Billings provides the Biblical basis for the “single most shocking event in history” and plenty of thoughtful discussion of the post-Rapture landscape, like how

… babies and children [will] have vanished… you may also find that unborn children have disappeared from their mother’s womb. I can only imagine the pain and the heartache of a world without children…

… you may have seen a loved one standing before you and suddenly they were gone. And I certainly don’t envy you of that shock.

Naturally, there’s also the popular idea of unmanned vehicles and the chaos that will create. So, if Nicolas Cage doesn’t cure you of your Rapture enthusiasm, this should do it.

October 4, 2014
ISIS Has a Serious Recruiting Problem
Next Post

October 5, 2014 Atheists Don't Give a Damn About Carrie Underwood's New Song
Browse Our Archives
What Are Your Thoughts?leave a comment