This is How You Do “Common Core” Subtraction October 1, 2014 Hemant Mehta

This is How You Do “Common Core” Subtraction

Erick Erickson, the editor of the conservative website RedState, is furious because of the way his third grade daughter is being taught math. I mean, just look at how her “Common Core” textbook teaches subtraction: 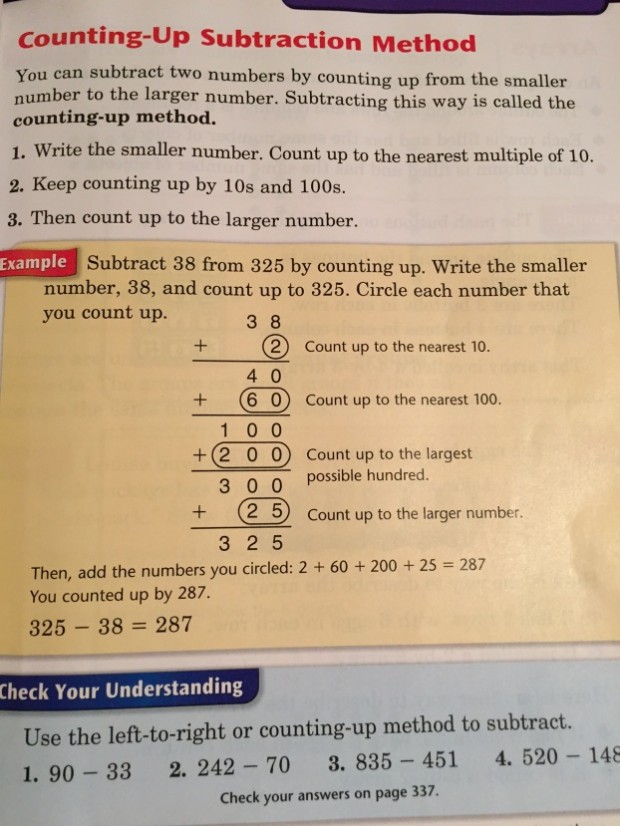 Yes, that’s confusing when you look at it. I’ll admit that.

Erickson, who (I’m guessing) mechanically learned subtraction by putting the big number on top, the smaller number on bottom, and doing a little bit of “carrying,” is annoyed that his daughter isn’t learning math the same way he did:

The traditional method of subtracting, borrowing and carrying numbers, is derisively called the “Granny Method.” The new method makes no freaking sense to either my third grader or my wife.

We send our child to a Christian private school. We thought our child could escape this madness. But standardized tests, the SAT, and the ACT are all moving over to Common Core. So our child has to learn this insanity. But we cannot help her. The book offers only one example.

This is maddening and angering and frustrating. This is why so many parents are so upset. They cannot help their children. The math makes no sense and seems to offer no practical purpose other than it is new. The teachers privately concede the uselessness of it.

I empathize with the frustration. I really do. But as someone who taught high school math for several years, this “new” method is soooooo much better.

The problem isn’t the method. It’s the way this textbook (and maybe even the teacher) explains it.

There is an algorithm we can use (the “granny” method). Erickson learned the algorithm. I did, too. But the problem with the algorithm is that many kids don’t really know, intuitively, what they’re doing. They can solve the simple problem — but when the math gets harder, they’re not sure how to transfer those skills because they never really understood what was going on in the first place.

The “new” method is basically teaching them how to do the subtraction in their heads.

Let me translate the textbook for you:

If that’s still confusing, let me use an example I’ve used before:

Suppose you buy coffee and it costs $4.30 but all you have is a $20 bill. How much change should the barista give you back? (Assume for a second the register is broken.)

You sure as hell aren’t going to get out a sheet of paper and do this: 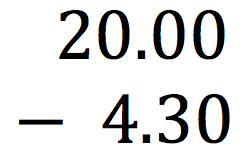 You buy something that costs $9.99. You give the cashier a $10 bill. How much change should you get back?

According to Erickson, you should do this: 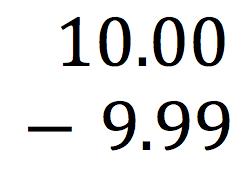 That’s it. That’s the sort of math most of us do on a regular basis and it’s exactly the sort of thinking Erickson’s daughter’s textbook is attempting to explain. (It just does a really horrible job of it, especially if that’s the only example.) Again, if students can get a handle on thinking this way instead of just plugging numbers into a formula, the logic goes, it’ll make other math skills much easier to comprehend.

I should also point out that Common Core doesn’t say the “new” way is the only way to subtract, nor does it dictate that the “new” way is the way kids have to do it. Erickson is welcome to teach his daughter the “granny” method. He mentions that his daughter has to learn four different ways to subtract — and I suspect that’s because the more ways she learns to manipulate numbers, the better her math skills are going to be. That’s the ultimate goal of the Common Core math curriculum — to make sure students attain this “number sense.” If it’s politicized, it’s usually out of ignorance, even though there are some legitimate reasons to dislike it (such as the reliance on standardized testing).

I’ll add (ha!) that in my years of teaching math, I ran into many, many students who could do the basic skills on paper. But when I needed them to think more abstractly, they got completely lost. The students who could tackle basic problems in different ways had a much easier time learning algebra than those who couldn’t. And on a broader level, students should learn several ways to tackle what looks to be a simple problem, because the math you learn in school isn’t just about finding the right answer; it’s about teaching you how to think.

Back to Erickson, who’s still mad because of his misguided perception of Common Core:

This is why Jeb Bush will not be President. It is also going to end very, very badly for many other politicians. The only champions of common core I know are paid to like it and most of them have no kids. These people want worker bees in their cogs. They want automatons. They do not want productive, independent citizens.

I’m hardly a champion of Common Core, but I’m telling you, kids who are able to figure out this “new” math will be better off in the long run. This isn’t a liberal conspiracy. It’s just a more effective way to teach the subject.