Ten Years Later, a Reflection on Michael Newdow’s Attempt to Remove “Under God” from the Pledge of Allegiance June 14, 2014 Hemant Mehta

Ten Years Later, a Reflection on Michael Newdow’s Attempt to Remove “Under God” from the Pledge of Allegiance

Ten years ago today, the Supreme Court dismissed an atheist’s challenge that the words “under God” in the Pledge of Allegiance were an endorsement of religion — without actually settling that question one way or the other. I figured it was as good a time as any to revisit that case and its implications. 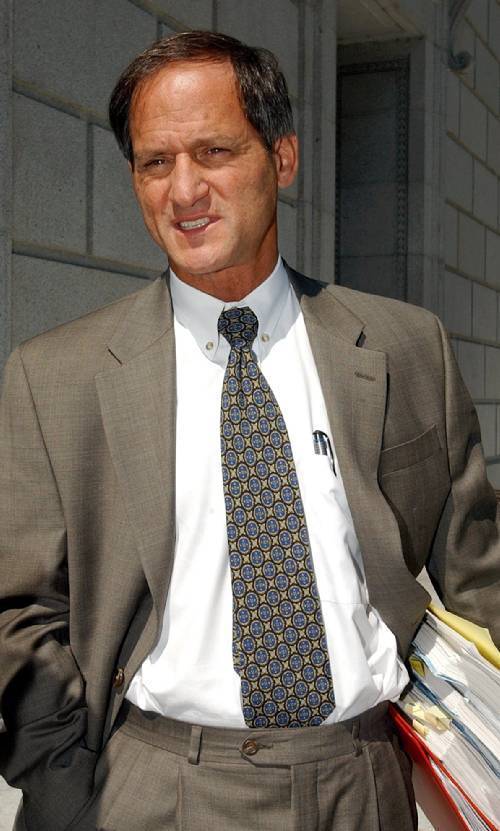 Michael Newdow (above) filed the lawsuit against the Elk Grove Unified School District in March of 2000 on behalf of his daughter, who was in kindergarten at the time. Newdow argued that the daily recitation of the Pledge was an endorsement of religion by the district and he wanted the courts to rule that the inclusion of the words “Under God” violated the Establishment Clause of the Constitution.

In July, District Judge Peter Nowinski, not surprisingly, disagreed, maintaining that “the Pledge does not violate the Establishment Clause.”

So Newdow appealed. And that’s when all hell broke loose.

In a stunning reversal, the United States Court of Appeals for the Ninth Circuit decided in June of 2002 that Newdow was right (“Newdow I”). Not only did he have the right to represent his daughter in the case — the judges said he could challenge a ritual that “interfere[d] with his right to direct the religious education of his daughter” — they agreed that the addition of “Under God” violated the Establishment Clause.

The school district’s policy here, like the school’s action in Lee, places students in the untenable position of choosing between participating in an exercise with religious content or protesting. The defendants argue that the religious content of “one nation under God” is minimal. To an atheist or a believer in non-Judeo-Christian religions or philosophies, however, this phrase may reasonably appear to be an attempt to enforce a “religious orthodoxy” of monotheism, and is therefore impermissible.

Things went a little haywire after that. 150 members of Congress stood on the steps of the Capitol to recite the Pledge with the “Under God” part. The Senate even passed a non-binding resolution by a vote of 99-0 to “reaffirm the reference to one Nation under God in the Pledge of Allegiance.”

More importantly, the mother of Newdow’s child, Sandra Banning, tried to dismiss the complaint on standing. She said that while they shared custody of their daughter, she had control over the daughter’s legal interests and educational decisions.

Banning further stated that her daughter is a Christian who believes in God and has no objection either to reciting or hearing others recite the Pledge of Allegiance, or to its reference to God… Banning expressed the belief that her daughter would be harmed if the litigation were permitted to proceed, because others might incorrectly perceive the child as sharing her father’s atheist views.

The California Superior Court stepped in at that point and said that Newdow could not represent his daughter as her “next friend.” Could he continue the lawsuit on his own? That was a question left for a federal court to decide.

With that in mind, the Ninth Circuit issued a second opinion (“Newdow II”). This time, they said Newdow could still proceed with the case even if he no longer represented his daughter. The matter affected his child, they said, and he had a right to challenge a supposed “injury” to his daughter:

The defendants requested a re-hearing of the case by the entire Ninth Circuit (an en banc review), but the judges denied that motion in February of 2003. That didn’t stop one of the judges who *really* wanted to rehear the case from issuing a stern dissent:

We should have reheard Newdow I en banc, not because it was controversial, but because it was wrong, very wrong — wrong because reciting the Pledge of Allegiance is simply not “a religious act” as the two-judge majority asserts, wrong as a matter of Supreme Court precedent properly understood, wrong because it set up a direct conflict with the law of another circuit, and wrong as a matter of common sense. We should have given 11 judges a chance to determine whether the two-judge majority opinion truly reflects the law of the Ninth Circuit. Reciting the Pledge of Allegiance cannot possibly be an “establishment of religion” under any reasonable interpretation of the Constitution.

The Ninth Circuit ended up issuing a final decision (“Newdow III”) that was similar to its first decision but didn’t go into the constitutionality of inserting “Under God” into the Pledge. This time, they focused on whether Newdow had proper standing and whether the school district’s policy of reciting the Pledge every day was constitutional.

The Supreme Court stepped in after that. The justices said they would hear the case to answer those two questions: 1) Did Newdow have standing as a non-custodial parent to challenge the district’s policy? And 2) If he did, did the policy violate the First Amendment?

We know by now how that played out.

Even though Justice Antonin Scalia recused himself from the case after making disparaging public remarks against the Ninth Circuit’s decision, five of the remaining justices decided that Newdow did not have proper standing to bring about the case in the first place. He didn’t have sole custody of his daughter at the time and he didn’t have standing to bring the case on his own:

What makes this case different is that Newdow’s standing derives entirely from his relationship with his daughter, but he lacks the right to litigate as her next friend…

[Newdow] wishes to forestall his daughter’s exposure to religious ideas that her mother, who wields a form of veto power, endorses, and to use his parental status to challenge the influences to which his daughter may be exposed in school when he and Banning disagree. The California cases simply do not stand for the proposition that Newdow has a right to dictate to others what they may and may not say to his child respecting religion… A next friend surely could exercise such a right, but the Superior Court’s order has deprived Newdow of that status.

Three of the justices — William Rehnquist, Clarence Thomas, and (perhaps surprisingly) Sandra Day O’Connor — said Newdow did have standing, and the Pledge did not violate the Constitution.

Had Newdow been granted standing, would he have won on the merits? (Does it even matter anymore?) Probably not. If Scalia was there, he surely would’ve ruled against Newdow. And at least one of the five justices who dismissed the case on standing would likely have ruled against him, too.

The only bright side was that the question of the constitutionality of the Pledge remained open for debate in the future. But it’s unlikely we’ll see a similar case work its way up to the Supreme Court anytime soon. Especially in the wake of Town of Greece v Galloway, it seems like ceremonial deism is here to stay.

I asked Newdow last week if he had any reflections on his case a decade later, but he did not respond to my email. Since his Supreme Court case, he has filed a number of lawsuits, including an unsuccessful bid to remove “In God We Trust” from our paper currency and another unsuccessful bid to stop President Obama from saying “So help me God” during his inauguration. (You can read all the documentation for those cases here and here)

Unfortunately, the state’s Supreme Judicial Court ruled against Niose, saying that there was no evidence students who didn’t recite the Pledge were actually treated differently or badly by school officials.

I asked Niose if he had any thoughts about the Newdow case and he sent me this statement:

The most memorable aspect of the Newdow litigation is not the Supreme Court ruling in 2004, but the Ninth Circuit decision in 2002 that found “under God” to violate the Establishment Clause. It was a courageous legal opinion that honestly applied the law, and it caused quite an uproar. Members of Congress reacted to the decision by pandering to the religious public, marching out to the Capitol steps to stand and say the Pledge, with the “under God” language, in defiance of the court. The decision, and the subsequent reaction, showed very clearly how ugly the combination of religion and patriotism can be.

The fact that in 2004 the Supreme Court chose not to rule on the substantive legal issue (i.e., whether adding “under God” to the Pledge violates the Establishment Clause), but instead ruled against Newdow only on the technical issue of standing, is significant. As the Ninth Circuit showed, any honest application of the Lemon test (which is the legal test for analyzing Establishment Clause issues) would of course find that the “under God” wording is constitutionally offensive. The purpose of the “under God” language is religious, the language favors religion, and it entangles government with religion — failing any one of those three prongs would make “under God” a violation, and it fails all three!

So the fact that the Supreme Court decided to avoid the Lemon test by kicking out the case on standing is very significant, because it seems the justices felt that they couldn’t uphold the “under God” language under the Lemon test without blushing. Unfortunately, however, since 2004 the issue has been put before federal courts several times, and memories of the 2002 uproar have apparently influenced the judges deciding the case. We haven’t seen any more courageous, honest decisions like the 2002 Ninth Circuit ruling, but instead courts have gone out of their way to appease the religious public by upholding the language. It’s a shame.