Right Wing Watch just released a scathing report on the fictional narratives created by conservatives to bolster the ridiculous notion that Christianity is under attack: 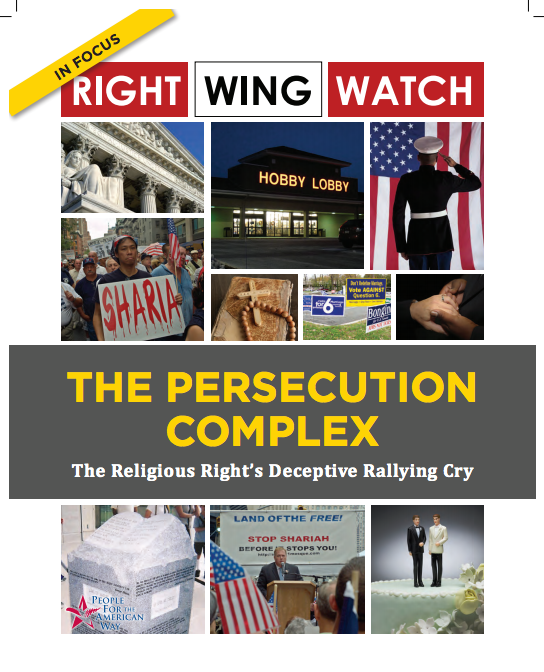 None of these stories is true. But each has become a stock tale for Religious Right broadcasters, activists, and in some cases elected officials. These myths — which are becoming ever more pervasive in the right-wing media — serve to bolster a larger story, that of a majority religious group in American society becoming a persecuted minority, driven underground in its own country.

This narrative has become an important rallying cry for a movement that has found itself on the losing side of many of the so-called “culture wars.” By reframing political losses as religious oppression, the Right has attempted to build a justification for turning back advances in gay rights, reproductive rights and religious liberty for minority faiths.

None of the stories are news to regular readers of this site, but when they’re all together in one document like this, you get a sense of the extent people like Todd Starnes disproportionally stretch the truth to advance their agenda.

June 14, 2014 Ten Years Later, a Reflection on Michael Newdow's Attempt to Remove "Under God" from the Pledge of Allegiance
Browse Our Archives
What Are Your Thoughts?leave a comment