Church Sells Pastor’s Possessions and Parsonage To Bail Him Out of Jail a Second Time February 24, 2014 Terry Firma

Church members in Vacaville, California are trying to spring their pastor free on bail — again.

Mark Lewis, a suspect in a troubling case involving stalking, arson, attempted murder, and possibly criminal conspiracy, was out on $500,000 bail last month. (I wrote about the Reverend Lewis here.)

Then, a funny thing happened. 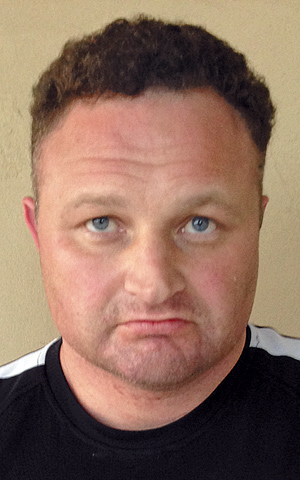 This is the church’s second attempt to bail out Lewis form the Solano County Jail. The first came after his first arrest in early January for his alleged group involvement in an arson incident. While the three others he was arrested with stayed in jail, Lewis got out on $500,000 bond two days later. But then Lewis was re-arrested Jan. 24 after authorities discovered that the papers he used to get $500,000 were fraudulent.

The congregants say the papers were fine, but county officials remained unmoved. So this past weekend, the church began raising the bail money all over again, starting with the sale of Lewis’s earthly belongings.

A church official told FOX40 most of the large furniture inside the parsonage, as well as the church van, were sold for a total of a “few thousand dollars.”

While a few thousand dollars helps, they understand they still have a long way to go.

There’ll be another estate sale this coming Saturday, after which the church will attempt to sell the parsonage, which it says is valued at a million dollars.

A million bucks — that’s encouraging. If Pastor Mark turns out to be a recidivist stalker and arsonist, the church will be able to bail him out a third time.

February 24, 2014
Sometimes, Religious Freedom Really Is Under Attack
Next Post