Actually, Those Are Five Pretty Good Reasons To Leave Your Church

As it turns out, he’s right. They’re really bad reasons: 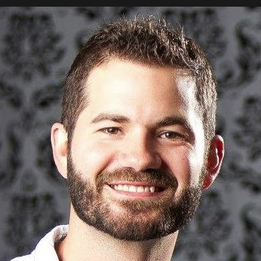 “As a Christian, you shouldn’t require spoon-feeding for the rest of your life. Eventually you need to learn how to feed yourself so that, in time, you can actually feed others.”

“If you have a problem with big churches… you definitely won’t like heaven.”

3. “I don’t agree with everything that is being preached”

“The truth is when you choose to stay despite disagreeing on some things, you, your pastor and your church are better for it.”

“The Church doesn’t exist to meet your needs. You are a part of the Church that exists to meet the needs of the world.”

“When we leave at first sign of real conflict, it shortchanges God’s best work in our midst. It sidesteps the process of repentance, forgiveness and grace.”

Here’s the problem: All of these things boil down to one idea: If you want to leave the church, there’s something wrong with you. The church and the pastor can do no wrong. It’s worth getting more specific, though, and for those of us who don’t go to church, feel free to replace that word with “college” because the arguments are almost identical.

If you’re not getting some sort of internal fulfillment from church, why on earth would you bother to keep going there? Make better use of your time and find something to do on a Sunday morning that makes you happy! No church should want someone in the crowd who doesn’t really want to be there, and it’ll just make you miserable if you feel forced to go there out of obligation. So leave! Save your money. You’ll be better off when you do it.

Similarly, if you’re not learning anything you find useful in college, why keep paying your tuition? It’s understandable if you decided to take some time off or changed your classes. It’d be foolish to stay in school when you’re not getting anything out of it.

Again, this is a perfectly legitimate complaint. There’s a huge difference between a small church where everyone knows each other by name and receives personal attention, and a huge church where you hardly ever see your pastor in a one-on-one capacity and the pastor barely knows who you are.

Personally, I didn’t mind that in college. I liked big seminars because I could just skip class if I needed a day off, multitask during lectures, and I didn’t have much of a desire to personally get to know any of my professors. But that’s not for everyone, and if someone would thrive more in a smaller environment, why would I convince them to remain where they’re at?

But you have to love Loy’s guilt trip: “If you have a problem with big churches… you definitely won’t like heaven.” So fuck you, everyone who attends small churches. Prepare for an eternity of unwelcome anonymity.

3. “I don’t agree with everything that is being preached”

This one depends on what you don’t agree with. If the pastor says homosexuality is a sin, then yes, you should get the hell out of the church because the pastor’s a bigot and everyone outside of that church probably assumes you are, too. If the pastor’s a Creationist, I don’t know why you’d want to support his anti-science organization. If you disagree with minor things, like the kinds of projects the church is taking on, maybe you can get over it or make alternative suggestions. Loy suggests you’re never going to find a church home that’s perfectly to your liking, but as long as the pastor isn’t preaching heresy (however you want to define that), you should stick with it. I think there are plenty of church dealbreakers.

Same goes for college. You can’t get away from the facts, but if you’re unhappy with what your professors say, or how they teach, or the general environment at the college, and it’s not within your power to change it, it makes perfect sense to transfer to a different school.

This may be the dumbest item on the list.

Loy says it’s not about you; it’s about the church. So if your needs aren’t being met, who cares? But it has to be a reciprocal interaction. If you pay for a product and you get nothing in return, how is that any different from an outright hustle? Not to mention many of these pastors went to school specifically so that they could meet their congregations’ needs…

When you go to school, you’re not there to enhance their reputation or build their donor pool. You’re there to get an education and make connections and have great experiences. If you’re not getting those things, you owe them nothing. Get out, for your sake.

I don’t completely disagree with Loy here. If you put people together, conflict will emerge. You have to find a way to resolve them. But if you’re trying your best and the other side won’t budge, you have to move on and do your own thing (think President Obama trying to deal with congressional Republicans). Some conflicts are not going to be resolved without someone making a bold move.

It all begins with you. If you’re trying to resolve conflicts when other people just seem to want to create new ones, sometimes it just makes sense for you to go off on your own. Sticking around, when it’s not the only option, is foolish.

Loy is a Pastor. I completely understand why he would say, “Don’t leave the church!” But it’s incredibly disturbing that when Christians offer up these reasons for leaving church to their pastors, his reaction is not to figure out what he and his colleagues are doing wrong, but to pin the blame on the Christians who want to get out.

These five reasons are perfectly good reasons to leave church if they’re the reasons you’re not happy there. Need more reasons? You should leave if you’re having doubts, or if your church isn’t transparent about its finances, or if your pastor holds a demeaning view of women, or if the church makes you fully submit to church leadership. Honestly, if church isn’t working for you, for any reason, then just leave. Or skip a week or two and see how that goes; I promise the Bible will still be there when you return. Considering how much spiritual (and actual) abuse church leaders have been responsible for, they should be among the first to say, “If you want to leave, you have my support, and I hope we’ll make things right so that you’ll want to return.”

But that’s not what Loy says. He’d rather convince you that your reasons for leaving the church are probably awful. For what it’s worth, many of the commenters are RELEVANT are letting him have it. Which is good, because he’s clearly not used to being challenged without having a prepared rebuttal ready to throw back.

January 31, 2014
Should Religious and Atheist Hardliners Try Harder To Break Out of Their Co-Dependent Cycle of Indignation?
Next Post