When Even Christian Publications Suggest That a Celebrity Pastor Is Acting Shady, That Can’t Be a Good Sign December 4, 2013 Hemant Mehta

When Even Christian Publications Suggest That a Celebrity Pastor Is Acting Shady, That Can’t Be a Good Sign

Steven Furtick, the pastor of Elevation Church in North Carolina, has been under fire recently because of church’s shady finances.

In short, the church takes in tens of millions of dollars every year (tax-free, of course), pays Furtick an undisclosed salary decided by a “Board of Overseers” consisting of his celebrity pastor friends, and never bothers to tell the congregation where exactly all their money is going. (All volunteers and employees of the church have to sign a confidentiality agreement promising never to reveal the church’s finances.)

Whatever Furtick’s making, though, it’s gotta be pretty sweet considering he just bought a $1,700,000 home: 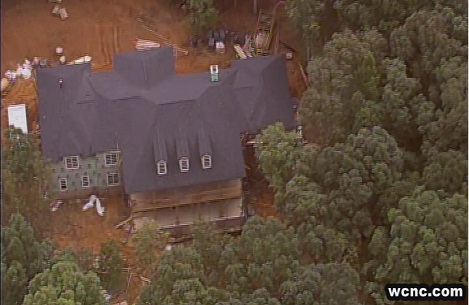 When a local news team started running stories about the church’s lack of transparency and Furtick’s own extravagant lifestyle, he responded by playing dumb, saying “it’s not that great of a house” and he didn’t understand why a helicopter was flying over it.

Well, there’s a good reason for that:

The station needed a helicopter because the house sits on a 19-acre lot surrounded by gated communities and similarly sized mansions, posted with no trespassing signs: A helicopter is the only way to get close enough to see it.

Furtick says the money he makes comes from sales of his bestselling books and his speaking fees, not from the church members. But there’s a problem with that statement, too:

Furtick’s claim that his multimillion-dollar mansion is paid for by book and speaking fees and not his church salary is plausible, but impossible to verify. Even if true, it raises ethical questions. Should Furtick keep money from books sold in the church’s bookstore, promoted in sermon series from the church’s pulpit, and promoted by the church’s television broadcasts?

Those last two passages, by the way, come from World Magazine, a Christian publication.

I have to say it’s refreshing to see a publication like that taking a critical look at one of its own celebrities. If the practice of hiding the pastor’s salary from even his own congregation is ever going to change, it’ll be because other Christians demand it, not because people like me voice our skepticism.

In the meantime, here’s a video of Furtick taking on his haters:

That guy’s apparently worth millions. (So how are you feeling about your life choices lately?)

December 4, 2013
Another Atheist Billboard Launches in Times Square: 'Who Needs Christ During Christmas? Nobody.'
Next Post