Catholic Church Has a Problem with Its Painting of Jesus on the Cross Because… um… the Resurrection November 25, 2013 Hemant Mehta

There’s a famous image of Jesus on the crucifix called the “San Damiano Cross” that was painted in the 12th century.

In 2001, the Shrine of St. Bernadette church in Albuquerque, New Mexico commissioned a version of the painting and the artist’s rendition was pretty true to the original. Turns out the parishioners weren’t pleased about that.

See if you can guess why: 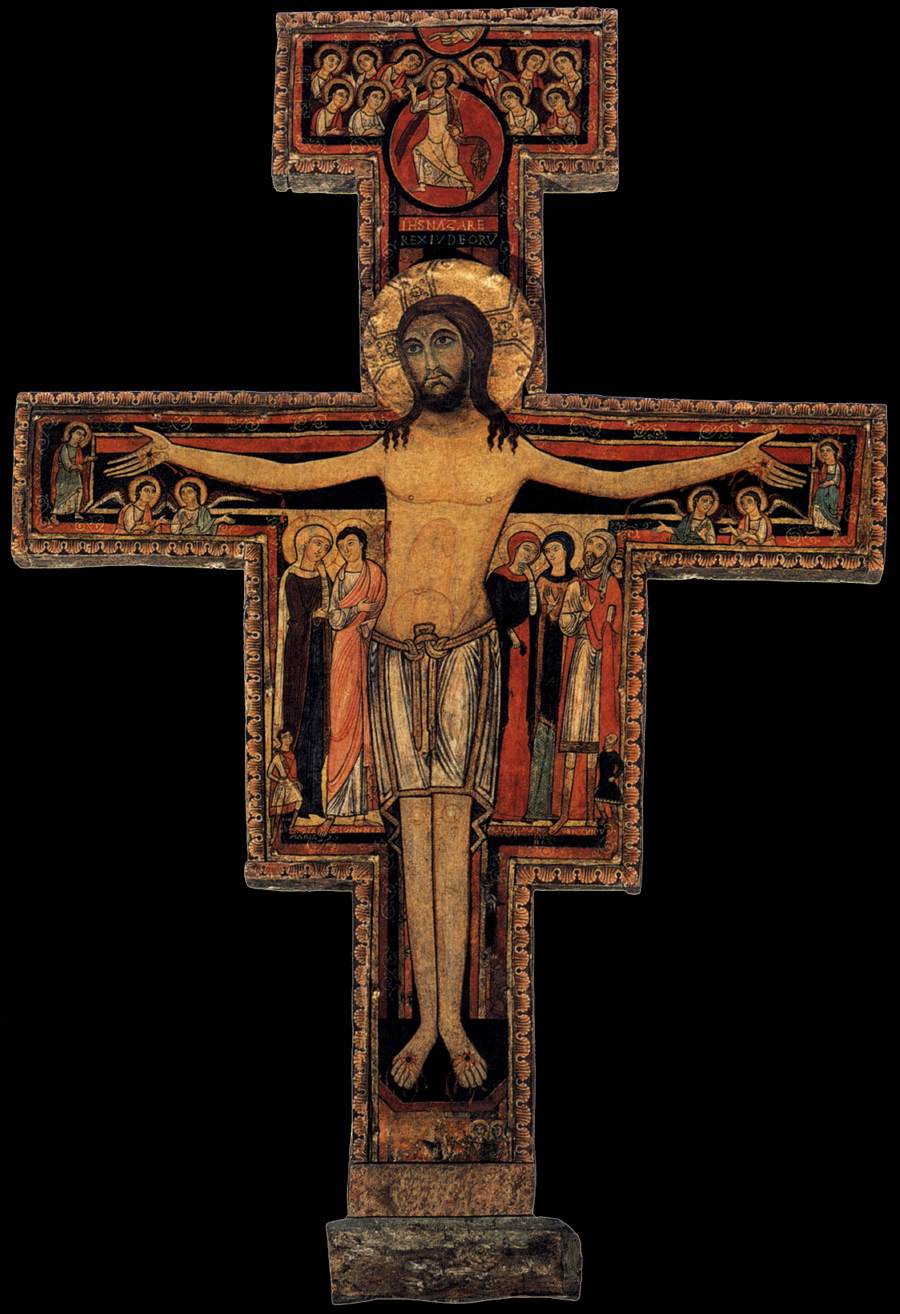 For years, parishioners at St. Bernadette’s in the Heights have looked up from the pews and wondered about the same thing.

“I looked up at Jesus because it’s up by the ceiling on the altar,” said Geri DeBoo. “I immediately saw genitals of a man.”

Actually, they’re just his abs… but we can’t have a (perceived) cock-n-balls hanging (Ha!) in a Catholic Church, can we? That’d be nuts.

So the Church is finally taking action:

On Thursday, the Archdiocese announced the painting will be removed.

It didn’t say it suddenly found the painting offensive — just that it wanted to respect the concerns of parishoners.

They haven’t said when it will be removed or what they’ll do with it.

The church estimates a similar work of art will cost around $40,000.

(The church later said it would just repaint its midsection.)

One news station even went so far as to pixellate Jesus’ abs: 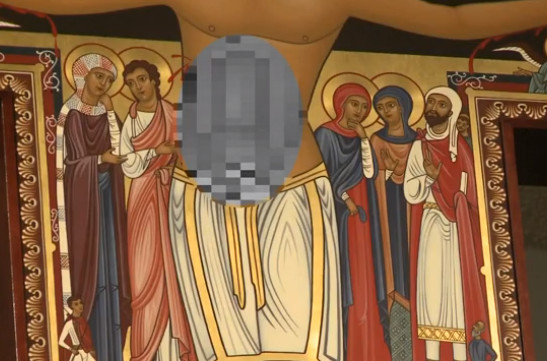 You have to ask what they’re so worried about. Even if it really was a naked Jesus, so what? It’s not a sexual image. It’s a depiction of the crucifixion. It’s art. It’s anatomy. How repressed do you have to be to freak out over (possibly) seeing a penis even when the focus of the painting is Christ on the cross? (What do these people do in an art museum?)

Either way, I’m going to snicker next time I hear the phrase “Jesus is risen.”

November 25, 2013
What Should an Atheist Do If Asked to Say Grace During Thanksgiving Dinner?
Next Post