Painted Into a Corner, Catholic Bishops May Have Found a Way to Comply with the HHS Contraception Mandate November 25, 2013 Sara Lin Wilde

Painted Into a Corner, Catholic Bishops May Have Found a Way to Comply with the HHS Contraception Mandate

Earlier in November, the United States Conference of Catholic Bishops (USCCB) held its annual fall meeting, after which it released a Special Message that has raised some a few eyebrows. Why? Well, it just might hold the key to letting the bishops make a graceful exit from the issue of reproductive health-care coverage.

The message focuses specifically on the HHS Mandate that would require all employers — even Catholic ones, such as hospitals and universities — to provide health insurance that covers contraception, sterilization, and other examples of reproductive care the Church calls sinful. It’s not even surprising anymore to hear the bishops double down on what awesome work Catholic charities do, and how unfair it all is. 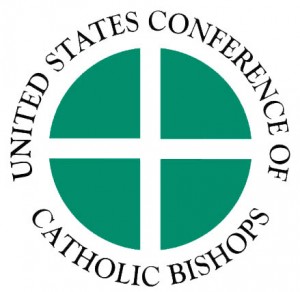 But some commenters have picked up on a slight change in tone, so subtle it’s invisible unless you’re very, very good at picking out the nuances of the Church hierarchy’s political double-speak:

Even as each bishop struggles to address the mandate, together we are striving to develop alternate avenues of response to this difficult situation. We seek to answer the Gospel call to serve our neighbours, meet our obligation to provide our people with just health insurance, protect our religious freedom, and not be coerced to violate our consciences. We remain grateful for the unity we share in this endeavor with Americans of all other faiths, and even with those of no faith at all.

The bishops’ statement has made a point of mentioning how every bishop is acting independently to address the problem of health insurance coverage. That gives individual bishops the potential leeway to bow out of the battle without seeming to undermine the Church’s larger point. But even more significantly, it acknowledges the search for “alternate avenues of response” that will allow Catholic ministries to continue “answer[ing] the Gospel call” in spite of contraceptive coverage.

We ought not underestimate the importance of that shift. Prior to this statement, the USCCB has approached the situation by throwing a massive tantrum over the HHS mandate. They filed lawsuits; they threatened to shut down services. Some bishops even professed their willingness to go to jail rather than comply. Government, media, and public opinion reacted to these antics with the society-wide equivalent of a bemused shrug.

At that point, many of the bishops seem to have realized that they’re not really keen on (or in some cases even capable of) shutting down services over birth control, and they’re looking for another way — one that lets them save face when they don’t ultimately follow through on those wacky, martyr-style solutions they came up with in the throes of their persecution complex.

Or, as David Gibson of the National Catholic Reporter puts it:

After repeatedly drawing that line in the sand, a growing number of bishops have begun to push back, arguing that such hard-line rhetoric has put them in an untenable position. These bishops do not want to close Catholic institutions over a birth control policy — and they say they actually can’t do so in most cases. In addition, they argue that there is no reason to try — the exemptions and accommodations in the mandate are sufficient, some say, and the church’s teaching that access to good, affordable health care is a basic right should outweigh any remaining reservations.

Sure, that’s what we’ve been trying to tell them all along. But now that they’ve figured it out on their own, they still have to come up with a way to handle the situation that keeps the myth of the Church’s inerrancy intact. Changing a Catholic teaching really only works if you can preface every brand-new idea with the phrase “As the Church has always taught…”

November 25, 2013
Catholic Church Has a Problem with Its Painting of Jesus on the Cross Because... um... the Resurrection
Next Post