And that someone is seven years old.

Recently I spoke at Great Hills Baptist Church in Austin, Texas, where I met a remarkable young boy named Reuben. He and his father met me after my talk, and his father proudly showed me his seven-year-old son’s notes from the session. They were incredibly detailed!

I thought it would be encouraging to show you Reuben’s notes. It’s apparent that he was listening carefully to what I had to say — which is evidence that our young people are paying attention to what we teach. It’s so important that we teach apologetics and doctrine founded firmly on the Word of God.

These are Reuben’s notes, which look like Young Earth Creationism explained in Comic Sans… which is actually pretty damn perfect: 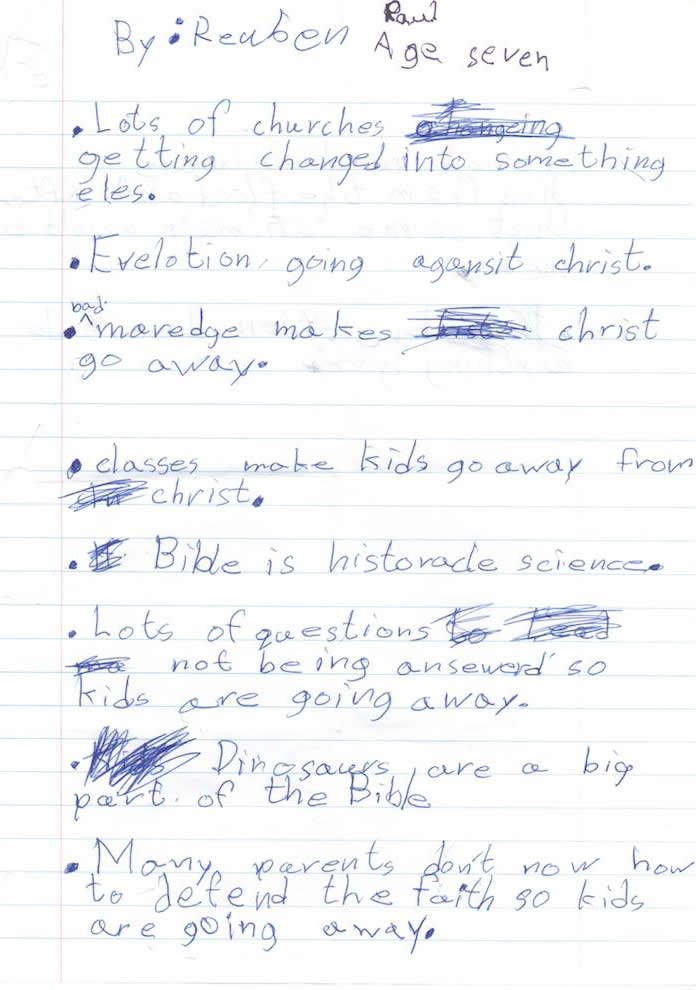 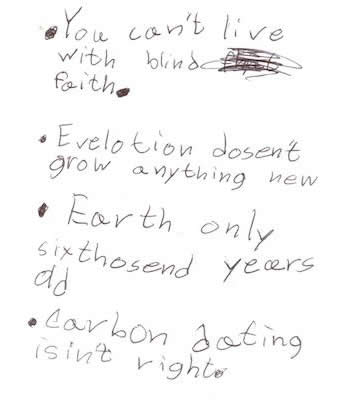 As you can see, understanding Creationism requires the intellectual firepower of a second-grader.

And it’s totally true, too. I mean, did you see his notes?

People and animals died from the flood and after that some animals could eat meat.

Evolution doesn’t do anything good.

There’s a reason Ham’s so excited to meet Reuben — he’s the perfect audience member. He just writes down whatever Ham says without questioning it — because why think critically when you can just parrot what the adult says? — and Ham counts that as victory for Christ.

There’s a major difference between the two, though.

One day, Reuben will grow up and I have hope that he’ll begin to question what he’s been taught in church. Meanwhile, there’s no hope for Ham ever coming to his senses. His livelihood and legacy rests on him continuing to be willfully ignorant of reality.

November 15, 2013
This Dutch Professor of Medicine Lost His Job For Saying He Witnessed a Divine Miracle. Should He Have?
Next Post