Why Do Pastors’ Kids Leave the Church? A New Poll Investigates… by Asking the Pastors November 13, 2013 Hemant Mehta

Why Do Pastors’ Kids Leave the Church? A New Poll Investigates… by Asking the Pastors

How likely is it that preachers’ kids will lose their faith? Is it any different from the general population?

The Barna Group, a Christian polling organization, just published the results of its study of pastors’ children to see whether it was true that “those who’ve grown up closest to the church are the quickest to leave it.” 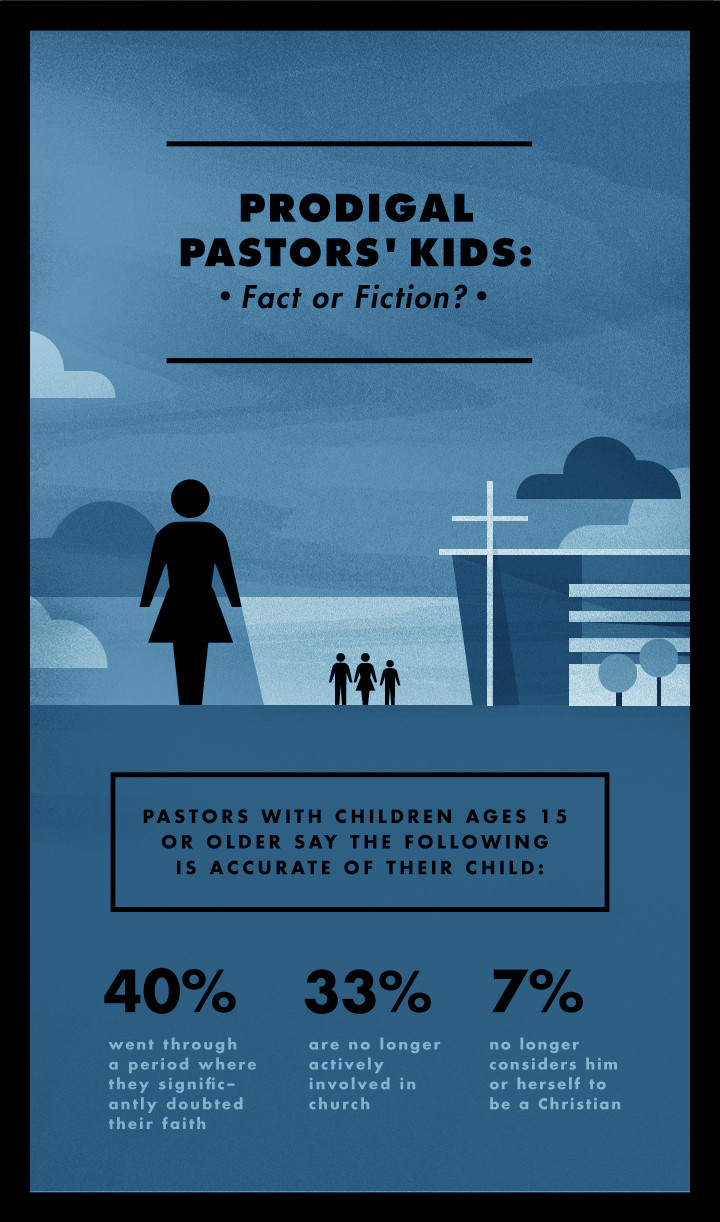 Two out of every five pastors (40%) say their child, age 15 or older, went through a period where they significantly doubted their faith…

Overall, one–third of pastors (33%) say their child is no longer actively involved in church. Yet when it comes to the rejection of Christian identity altogether, the occurrences are even less.

When pastors were asked if their children no longer consider themselves to be Christians, only 7% said this was “accurate” of their kids — that’s less than one in 10. This compares to the nationwide prodigal rate of about 9% among Millennials.

I think it’s important to point out here that all of these results came from telephone conversations with pastors, not their children. It’s not that the pastors were lying, but I suspect you would’ve gotten some very different responses if you talked to their children. If 40% of children seriously doubted their faith, according to their fathers, how many more went through a period of doubt without their parents even knowing about it? How many still go to church now despite being an atheist?

The Barna Group asked those same pastors why they thought their kids struggled with faith and we get a list of seven reasons:

Surprisingly, “They realized the whole ‘God’ thing was a sham” isn’t an option… though “self-discovery… resulting in rebellion” is.

I guess none of the pastors think it’s possible that their children would ever say to them, “Dad, I believe you’ve dedicated your life to a lie.”

There’s no doubt that PKs have it rough. They’re under significant pressure to follow in their pious parents’ footsteps, and many may leave the faith as they form their own paths. (Hell, atheist Madalyn Murray O’Hair‘s son became a hard-core Christian later in life, too.)

But this study overlooks the possibility that many of these numbers are serious underestimates because the kids just never communicated their true feelings with their parents — or the parents refused to believe their children would just get rid of their faith for reasons other than personal problems or bad influences.

Interestingly enough, there’s a difference in responses between white churches and black churches:

You might argue that this lends support to the idea that religion is strongly intertwined with black/Latino cultures, making it harder for preachers’ kids from those traditions to tell their parents they’re walking away from the faith, lest it sound like they’re turning their backs on their cultures.

If you really want to know what it’s like being a pastor’s kid, ask them. Don’t ask their parents. I suspect you’ll find that logic and reason play a bigger role in why they walked away from the church than even the hypocrisy they saw from within.

November 13, 2013
Can This Number Be Credible? Jewish Anti-Abuse Activists Say Half of Hasidic Boys Are Raped By Elders
Next Post

November 13, 2013 Christian Doctor Openly Boasts of Breaking Australian Law, Says That Women Who Have An Abortion 'Deserve to Die'
Browse Our Archives
What Are Your Thoughts?leave a comment