Can This Number Be Credible? Jewish Anti-Abuse Activists Say Half of Hasidic Boys Are Raped By Elders November 13, 2013 Terry Firma

Can This Number Be Credible? Jewish Anti-Abuse Activists Say Half of Hasidic Boys Are Raped By Elders

Back in July, I wrote:

In the world of Judaism alone, news reports of child abuse are so numerous that the admirably tenacious and prolific writer Shmarya Rosenberg, who runs the Failed Messiah blog, has a hard time keeping up.

There’s actually another Rosenberg who has made it his laser-focused mission to expose this evil — and who’s suffered the consequences. Vice has an interview with Nuchem Rosenberg, a rabbi who throws out an eye-popping guesstimate:

The alleged abusers are schoolteachers, rabbis, fathers, uncles — figures of male authority. The victims, like those of Catholic priests, are mostly boys. Rabbi Rosenberg believes around half of young males in Brooklyn’s Hasidic community — the largest in the United States and one of the largest in the world — have been victims of sexual assault perpetrated by their elders. Ben Hirsch, director of Survivors for Justice, a Brooklyn organization that advocates for Orthodox sex abuse victims, thinks the real number is higher. “From anecdotal evidence, we’re looking at over 50 percent.”

I had to read that twice. The number surely exceeds even the bleakest calculations of how widespread this crime is. In the absence of factual stats — impossible to come by — it’s hard to know what to make of it all. Take a walk through Brooklyn’s conservative-Jewish neighborhoods. Do you believe that every second orthodox boy you see is a victim of sexual assault? Can the iceberg be that huge?

Nuchem Rosenberg and Ben Hirsch have presumably studied the issue longer and more carefully than any of us here, and should be given a modicum of authority on the subject. On the other hand, due to possible factors like confirmation bias and/or an activist’s zeal, it could be that they’re wolf-criers — that they see abuse everywhere, even where none occurred.

With that caveat, here’s what Rosenberg found, and how he became perhaps the most hated man in Brooklyn.

“This boy was speared on the man like an animal, like a pig, and the boy was saying nothing. But on his face — fear. The old man [looked at me] without any fear, as if this was common practice. He didn’t stop. I was so angry, I confronted him. He removed the boy from his penis, and I took the boy aside. I told this man, ‘It’s a sin before God, a mishkovzucher. What are you doing to this boy’s soul? You’re destroying this boy!’ He had a sponge on a stick to clean his back, and he hit me across the face with it. ‘How dare you interrupt me!’ he said.”

After that, Rosenberg started blogging about Hasidic sex assaults. He also opened a hotline and became a source for local and national media covering sex-abuse trials. That “betrayal” made him a pariah in his own community.

Leaflets distributed in Williamsburg and Borough Park, the centers of ultra-Orthodoxy in Brooklyn, display his bearded face over the body of a writhing snake. “Corrupt Informer,” reads one of the leaflets, followed by the declaration that Rabbi Rosenberg’s “name should rot in hell forever. They should cut him off from all four corners of the earth.”

When Rabbi Rosenberg wants to bathe at a mikvah in Brooklyn to purify himself, none will have him. When he wants to go to synagogue, none will have him. “He is finished in the community, butchered,” said a fellow rabbi who would only talk anonymously. “No one will look at him, and those who will talk to him, they can’t let it be known.”

And then, almost a year ago, there was the bleach attack. An orthodox assailant ran up to him in the street and threw a cup of bleach at Rosenberg, burning his face and blinding him. The rabbi quickly regained his eyesight, but not his sense of security. He’s forced to look over his shoulder everywhere he goes, anticipating the worst.

The same goes for some of the victims who seek justice, and for witnesses who break the forced silence. During the trial of rape fiend Nechemya Weberman,

… victim Boorey Deutsch testified about being abused from the ages of 12 through 17, despite threats of retaliation. [S]he and her husband Hershy Deutsch [were soon] receiving death threats. “I know my Jewish rights…I am allowed to kill you and that [is] what I am going to do,” the Post reports one person wrote on Deutsch’s Facebook. “I AM GOING TO KILL YOU WITH IN THE NEXT THREE YEARS you may be stronger than one thousand satmar people but not stronger than a gun bullet.” 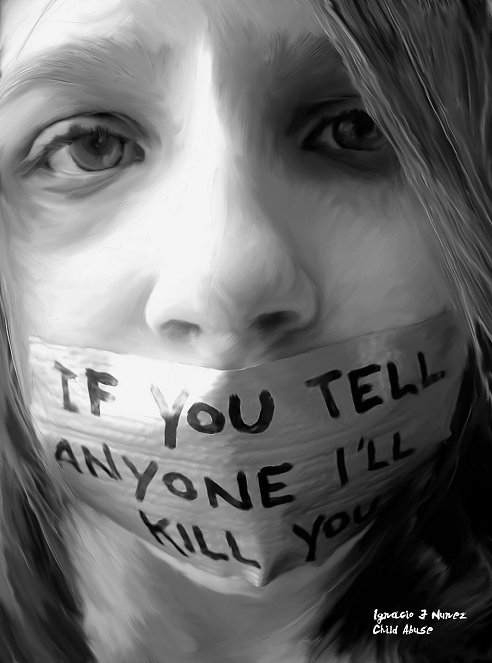 Rosenberg, Hirsch, Sam Kellner, and other Jewish anti-abuse campaigners such as Michael Lesher have their work cut out for them.

“This isn’t a problem about a few aberrant cases or an old-fashioned community reluctant to talk to police about sexual matters,” said Michael Lesher, a practicing Jew who has investigated Orthodox sex abuse and represented abuse victims. “This is about a political economy that links Orthodox Judaism with other fundamentalist creeds and with aspects of right-wing ideologies generally. It’s an economy in which genuine religious values will never really rise to the top, so long as they’re tied to the poisonous priorities that elevate status and power over the basic human needs of the most vulnerable among us.”

The problem is compounded by the fact that Hasidic families tend to be large (every child born to a Hasid is seen as “a finger in the eye of Hitler,” says Hirsch), of modest means, and under tight rabbinical control. Plus,

[T]here is limited general education, to the point that most men in the community are educated only to the third grade, and receive absolutely no sexual education. No secular newspapers are allowed, and internet access is forbidden. “The men in the community are undereducated by design,” [Hirsch] said. “You have a community that has been infantilized. They have been trained not to think. It’s a sort of totalitarian control.”

A rare ray of hope for the child victims is that longtime District Attorney Charles J. Hynes, whose disinclination to prosecute these kinds of cases is legendary, was finally ousted from his job in last week’s elections. He is the first DA in the city to be unseated in almost 60 years. His successor, Kenneth Thompson, is expected to show less favoritism to Hasidic leaders, and less reluctance in going after the evildoers in their midst.

November 13, 2013 Why Do Pastors' Kids Leave the Church? A New Poll Investigates... by Asking the Pastors
Browse Our Archives
What Are Your Thoughts?leave a comment